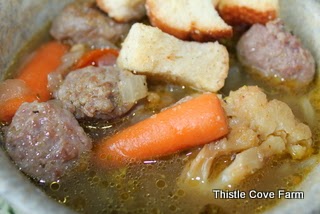 Today is the Autumn Equinox and it’s chilly, raining and, in one word, miserable. Daddy always says the weather we have on the season’s change, will be the predominate weather for that season.

Cold, rain and misery for the next three months. And, if what I heard might even be true, snow flurries tomorrow.

The weather report for this past week said, 10% change of rain on Monday and clear the rest of the week.
Where, I wonder?
“Cause it wasn’t here. It rained every single solitary day. A lot. My laundry went through several rinse cycles…sometimes the same day.


I’m sure some of the neighbors were talking. 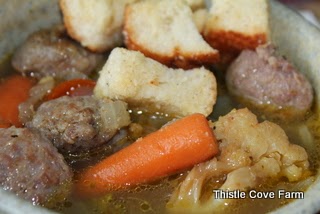 Sometime during this past week, I stood at the open door of the refrigerator. As usual, I was waiting for food to jump enthusiastically into my arms, already prepared, hot and ready to eat.


What I did see were some of the raw vegetables left over from Daddy’s birthday party.


Broccoli, cauliflower, carrots, tomatoes, some onions to be rescued from the pantry, a package of bratwurst to be thawed, home made croutons and a box of chicken stock. 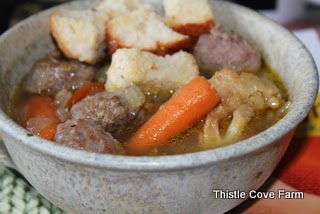 
Then, a couple of large onions were put into a pan to sweat and brown; when they were ready, they were removed and the sliced sausage put in to brown. 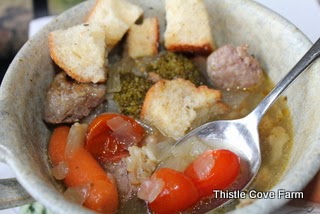 When the roasting was finished, everything was put into the stock pan with a quart of chicken stock (store bought because I’d run out of home made) and cooked for about 30 minutes. The heat was then turned off and everything sat for a while before I added the home made croutons and ate.


This meal was, in a word…delicious. Seriously, this was one of the best soups I’ve ever made and, I think, due to the roasting of the vegetables beforehand. I’d contemplated cutting those cherry tomatoes in half but leaving them whole was the best decision. Each time I bit into a tomato, that sweetness would burst and was the perfect touch against the meatiness of the sausage, the richness of the chicken stock, the bite of the carrots, broccoli and cauliflower. I thought about making bread…white, bird seed or cornbread, even crackers…but decided it was beyond my reach.


My hand still hurts and that seems to be a really good excuse to do not as much lately.


Don’t you think so? 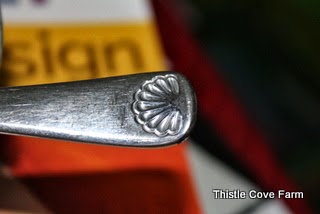 Does anyone know the name of this pattern? The back says KS Benchmark 1984 or 1884, but I can’t tell which year. I’ve been using this flatware for forty years but, along the way, a few pieces have gone missing and I’d like to replace them. Can you help?