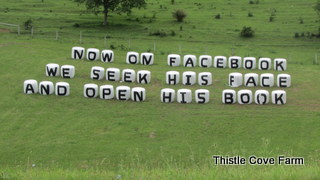 “Indulge not thyself in the passion of anger; it is whetting a sword to wound thine own breast or murder a friend.” ~ Akhenaton ~

“Men often make up in wrath what they want in reason.”
~ William R. Alger ~

“The more anger towards the past you carry in your heart, the less capable you are of loving in the present.” ~ Barbara De Angelis ~
“Consider how much more you often suffer, from your anger and grief, than from those very things from which you are angered and grieved.”
~ Marcus Antonius ~

“Anyone can become angry–that is easy. But to be angry with the right person, to the right degree, at the right time, for the right purpose and in the right way–that is not easy.” ~ Aristotle ~

“Temper is a weapon that we hold by the blade.”
~ Sir James M. Barrie ~

“A soft answer turns away wraith but grievous words stir up anger.”
~ Proverbs 15:1 ~
“Speak when you are angry and you will make the best speech you will every regret.”  ~ Ambrose Bierce ~

“An angry man opens his mouth and shuts his eyes.”
~ Cato ~

“Whatever is begun in anger,
ends in shame.”
~ Benjamin Franklin ~

“When you are offended at any man’s fault, turn to yourself and study your own failings. Then you will forget your anger.” ~ Epictetus ~
“People won’t have time for you if you are always angry or complaining.”
~ Steven Hawking ~

“The greatest remedy for anger is delay.”
~ Thomas Paine ~

“There’s nothing wrong with anger provided you use it constructively.”
~ Wayne Dyer ~

“Don’t get the impression that you arouse my anger.
You see, one can only be angry with those he respects.”
~ Richard M. Nixon ~

“He who angers you, conquers you.” ~ Elizabeth Kenny ~

“Know this, my beloved brothers:
let every person be quick to hear,
slow to speak,
slow to anger,
for the anger of man does not produce the righteousness of God.”
~ James 1:19-20 ~

If you’d like a name added to the prayer list, please let me know. Names will be kept for one week, then we begin anew. Around the world, people are praying.