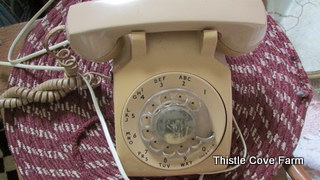 Have y’all been following the latest on the NSA (National Security Agency), FBI, Obama and Verizon? Or, Obama, NSA and Skype, Facebook, Gmail, AOL, Apple, PalTalk, Google, Microsoft and Yahoo? In my opinion, the Constitution has been trampled on by all President’s since before I’ve been voting. Oh sure, they’ve all had such good reasons…war, terrorism, peace, profit…the list makes me gag. It’s like saying there’s a war on drugs. Dave used to say, “The more times someone says something the better the likelihood it’s all a lie.” Have we heard the truth in our lifetimes? I submit the answer is NO, unless you’ve been reading your Bible. Orders have been issued to invade privacy, ignore Constitutional rights and now that they’re being found out, the spin cycle is in action.


The Washington Post reports that PRISM, in place since 2007, is a direct invasion of our privacy AND A FELONY except, until yesterday, the public knew nothing about it. Seems we believe Microsoft when they state, “we respect your privacy”. Ummm, what privacy would that be, Microsoft, because you were the first to sign up for information mining with PRISM.


You think because you’re a liberal, voted Obama and “aren’t doing anything wrong” you’re safe? Or do you think you’re safe because  your mobile phone supplier isn’t Verizon? Think again, poppet, because denial isn’t a river in Egypt. This information is either being gathered, or in process of being gathered, from ALL communications companies.


For years, Natural News and InfoWars have reported on data mining, information gathering and our Constitutional Rights being trampled. Obama is good with all this and says, “secret NSA surveillance is a critical tool in protecting the nation from terrorist threats” as reported in The Guardian. The Democratic chair of the Senate intelligence committee, Dianne Feinstein, said the Verizon court order has been in place for seven years. “People want the homeland kept safe,” she says and I add, “Yes, safe from YOU and your ilk.”


Lest you think I’m anti-Democrat (which I am) you must also know I’m anti-Republican. The cretins have sold us out and there’s not a man, or woman, among them who won’t sell their eternal soul for filthy lucre which, news flash, they won’t be taking with them when they go to hell. Or heaven should such a miracle happen. 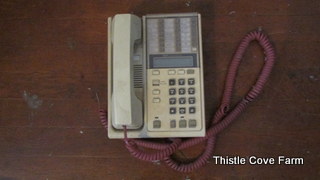 Bush and his minions put The Patriot Act into action and it’s been used since to commit felonies, ignore the Constitution, run rough shod over We, the People and, IWB (idiots we be), we’ve been allowing it. Republican Jim Sensenbrenner is “troubled” by the revelations of the Guardian. Sensenbrenner is also one of the authors of The Patriot Act and now the chickens are coming home to roost. He says he’s written Eric Holder, Attorney General (hasn’t he resigned yet?) to question “if US constitutional rights were secure.”


HELLLLLLO, let me help you with that, Jim. No, our rights are NOT secure because the Constitution is no longer secure and it’s due, in part, to YOU and everyone who signed on with Bush’s The Patriot Act. Rarely, are the ACLU and I in accordance but in this instance, we’re on the same page. According to the Guardian article, the deputy legal director at the ACLU, Jameel Jaffer said, “From a civil liberties perspective, the program could hardly be any more alarming. It’s a program in which some untold number of innocent people have been put under the constant surveillance of government agents.
“It is beyond Orwellian, and it provides further evidence of the extent to which basic democratic rights are being surrendered in secret to the demands of unaccountable intelligence agencies.”


The Guardian article states Verizon gives to government spy agencies *the phone number of both people on the call, *the geographic location of the Verizon phone user, *duration of call, and *unique identifiers which allow the phone to be tracked.


This information may be used by the NSA to reveal *your name, *home address, *social security number, *driver’s license number, *credit history, *employment and *criminal history.


People, these are felonies and Obama says, “it’s justified”. The abuse of power is rampant and justified by our elected officials. David Rockefeller, Bilderberg member, said, “We are on the verge of a global transformation. All we need is the right major crisis and the nations will accept the New World Order.” For more about the Bilderberg organization, see here, here and here.


P.S. 2 Moxie Marlinspike’s recent article speaks to insecure communication, tools such as Red Phone and someone in Saudi Arabia who seeks assistance with a “surveillance problem”. Marlinspike is light years ahead of me in the high tech department (for one thing, he helped write the code for Twitter) and I don’t claim to understand 80% 90% of what he’s saying. I do, however, understand enough to know I don’t like this brave new world. I don’t like it a’tall.