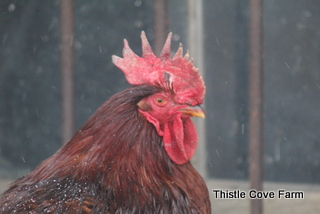 Jen, Finding Heaven Today, has a post on…fear which is what I call most of the unknowns in life. She talks about leaving the boat which reminds me of the card someone sent Dave and I when we bought this farm. The card showed two people, standing at a crossroads, with a sign that pointed “Normal” and “Off the Beaten Path”. The couple stood at the lane that lead to “Off the beaten path” and the caption said, “George, are you sure we should do this?”

Dave used to say, “Once you get off the boat, you can never go back.” He and Cathy were going to sell out, move to Hawaii and raise blood hounds except cancer changed those plans and she died. Eleven months after she died, I met Dave and he and I moved to Hawaii and lived for a while (separate bedrooms) because he needed to find his bearings. Little did either of us know it would take six years for him to regain equilibrium but he was worth every day of wait. Evidently, he thought the same of me.
We bought this farm and moved from Richmond where we’d each lived for years. It was a great decision; it taught us to rely on each other, to depend upon each other and it was the beginnings of a foundation that stood us in good stead over the years. What cemented that foundation, that trust, that love was when we began to travel.


The first time I ever needed a passport, I was invited to teach in Russia. Thankfully, Dave decided he wanted to go and the two of us landed in the Moscow Sheremetyevo Airport where we wandered around for a while. Long story short, the people who were supposed to meet us were detained…for a week…and Dave and I were on our own. The man who’d put the trip together had arranged for a car and driver; eventually, Dave and I were found and, after a phone call to ascertain it was legit, we loaded our luggage into a van with two Russians, one of whom was ex-KGB. Oh yeah, talk about fear factor -smile-. We drove for about five hours before we arrived in Yaroslavl where I was to teach first. It didn’t take long for Dave and I to surmise our translator, the ABC no-neck guy as he was quickly labeled, was a severe alcoholic…by eleven o’clock in the morning! God knows what he translated that week but our reception was warm and I still correspond with some of those people we met, so it might not have been too bad. I think. 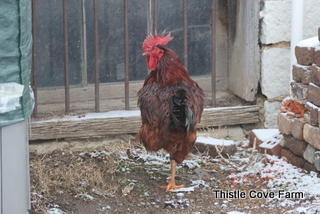 Dave and I “got off the boat” to make that trip and it was the beginning of a lot of trips, most of them mild adventure that made for wild adventure and a lot of memories. Were we frightened? Oh yes…but we did it anyway. Like I told my mother when she had a panic attack over our going to Russia, “If God can take care of us in Virginia, He can take care of us in Russia. It’s not a problem for God.” In the years since, He’s taken care of us, and now me, in almost thirty countries and in situations that were sometimes…tense. (Remembering here the Russian Mafia in Gori, Georgia and camping in the Moroccan Sahara Desert nine clicks from the Algerian border.) Since Dave’s death, God has kept me safe in Sint Maartin and I feel confident He’s also kept me safe each and every day since.

A few years ago, a friend told me she admired me and I was surprised. I asked her why and she said, “because you’re not afraid of anything.” Again, she surprised me and I told her, “Oh yes, I’m afraid. I’m afraid if I say “no” to God, He’ll stop giving me opportunities.”  Getting up in the morning takes a lot of faith and courage. How do people who don’t have God in their lives manage? I mean, why bother? Life is full of unknowns; it’s full of what if’s and, for me, it’s full of Jesus.


I don’t know what the future will bring, heck, I’m not sure what all I’m doing tomorrow but I do know my future includes Jesus. 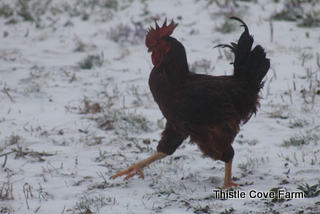 And that means I can step out confidently, in the direction of my dreams. What’s your dream and will you join me?