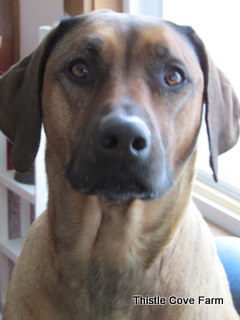 And, in my neighboring state of West Virginia, where they’ll allow anyone in the class room (including me), a Marshall University employee by the name of Christopher Swindell went on a rant about killing folks. Apparently it’s fine though, because he’s a liberal and wants the conservatives dead …he wants people with whom he doesn’t agree dead and that makes it okay, right…? His rant, an op-ed commentary in the Charleston Gazette stated, “The NRA advocates armed rebellion against the duly elected government of the United States of America. That’s treason, and it’s worthy of the firing squad.” His tirade piece says ever so much more; if your stomach is strong, click on the link to read the whole thing.


As Mr. Jefferson said, “I would rather be exposed to the inconveniences attending too much liberty than to those attending too small a degree of it.” and “The beauty of the Second Amendment is that it will not be needed until they try to take it.”  And, “The strongest reason for the people to retain the right to keep and bear arms is, as a last resort, to protect themselves against tyranny in government.” Gee, I suppose when one doesn’t quite grasp the concept of freedom, free speech even when practicing same and similar crazy ideas, one doesn’t think it’s outside the norm to call for the killing of those not in agreement.


Swindell also claims the War Between the States was over slavery; we in the South wanted slavery while Lincoln didn’t, yet another case of revisionist history. In the 1960’s, in grade school, we were taught the War was because the economics of the South were agrarian based and the Northern economics industrial based while slavery played a distant role. Further, in Virginia’s Attitude Toward Slavery and Secession by Beverley Mumford and L. H. Jenkins, 1909, page 197, it’s recorded, “On the 25th of July, 1861, both Houses of Congress with but a few dissenting votes [117 to 2] adopted a joint resolution which declared:
“This war is not waged, on our part, in any spirit of oppression, not for any purpose of conquest or subjugation, nor purpose of overthrowing or interfering with the rights or established institutions of those States; but to defend and maintain the supremacy of the constitution, and to preserve the Union, with all the dignity, equality and rights of the several States unimpaired; that, as soon as these objects are accomplished, the war ought to cease.”


It’s become politically incorrect to say the War was over anything other than slavery but, over the decades, people have conveniently forgotten about black men owning slaves and who were Black Confederates. Slaves were owned by white men and black men north and south of the Mason Dixon Line. Among others, Mr. King’s The 10 Causes of the War Between the States makes for interesting reading.


Dave called himself a Libertarian and thought people should be permitted to run their lives as they saw fit excepting, of course, for illegal activities. I call myself a Constitutionalist first and a Libertarian second and believe the Constitution takes precedence over the opinions and actions of people, especially elected officials. I believe in the U.S. Constitution even especially when someone thinks it should be changed. I believe in First Amendments rights…freedom of speech even when Swindell someone doesn’t agree with me. It’s also called tolerance but, unfortunately, so many people only believe in tolerance when they are all in agreement and, when disagreement occurs, some one is calling for a firing squad. If a conservative person had called for a firing squad on an elected official, my best bet is law enforcement would be involved followed, very quickly, by sentencing.

Oh, but there’s no double standard…right?

Swindell apologized, sort of, and I suppose he thinks that makes nice. Well, it doesn’t. Not to many anyway and I hope the folks spending their hard earned money to send their child to Marshall, remove their child from his class. Journalism used to be a respected profession where both sides of the news were told with calm and lack of emotion. Just as a coin has two sides, so does every story and, in most cases, more than two sides. Unfortunately, bigots folks such as Swindell feel their voice is the only legitimate voice and he takes that firebrand into his classroom. UGH! More propaganda from someone who fears dissenting voices.


Further, in the West Virginia barking maddddd nutter department, employees in Logan County are terrified of a 14 year old boy who wore his NRA tee-shirt to school. They must be because the teacher took exception to the “NRA Protect Your Rights” message on the boy’s tee-shirt. So terrified were they, school employees had the 14 year old boy arrested and now he’s at risk for being fined $500 and put in jail for a year! Apparently, he was arrested for “disturbing the education process and for obstructing an officer”, according to court documents obtained by WOWK. Marcum, the boy, refused to stop talking, and the arresting officer couldn’t do his job. Gee, if the arresting officer couldn’t do his job while arresting a talkative 14 year old, what’s he gonna do when he runs up against a crack head ho? BTW, there’s no mention in the arresting officer’s report about the boy resisting arrest or acting violently; simply talking and, one surmises, talking and talking and talking all while engaging in his 1st Amendment Rights! 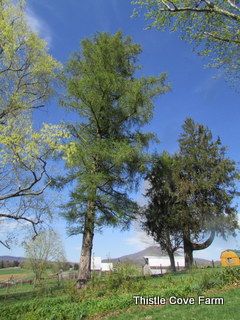 Yessireee, the inmates are running the asylum!

Law enforcement officers have a difficult job and, usually, I’m on their side. I’ve baked and delivered cookies at Christmas, tell the sheriff’s deputies they are always welcome here and support them as best I can even outside of tax dollars. But. But. But, this goes beyond the pale. Just as Internal Revenue Agents are now training with AR-15 semi-automatic weapons…what the XXXX???


Oh yeah. That’s certainly how I want MY tax dollars spent! How about you?


Thomas Jefferson, as usual, says it best: “The price of freedom is eternal vigilance. God forbid we should ever be twenty years without such a rebellion. The people cannot be all, and always, well informed. The part which is wrong will be discontented, in proportion to the importance of the facts they misconceive. If they remain quiet under such misconceptions, it is lethargy, the forerunner of death to the public liberty…And what country can preserve its liberties, if its rules are not warned from time to time, that this people preserve the spirit of resistance? Let them take arms. The remedy is to set them right as to the facts, pardon and pacify them. What signify a few lives lost in a century or two? The tree of liberty must be refreshed from time to time, with the blood of patriots and tyrants. It is its natural manure.”


Blessings ~ freedom of speech, even when we disagree ~ eternal vigilance ~ the wisdom of Thomas Jefferson ~ a 14 year old boy patriot ~

Share
Pin
Email
« Get off the Boat
Vince Flynn, Rest in Peace »