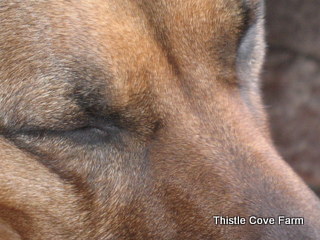 “One who has no sense,
shakes hands in pledge
and puts up security for a neighbor.”
~ Proverbs 17:18 ~

“Neither a borrower nor a lender be.” ~ Polonius, Act 1, Scene 3 Hamlet ~
“Good times are when people make debts to pay in bad times.”
~ Robert Quinlin ~
“It is the debtor that is ruined by hard times.” ~ Rutherford B. Hayes ~
“The man who never has enough money to pay his debts has too much of something else.” ~ James Lendall Basford ~
“He who promises, runs in debt.” ~ Talmud ~

“Debts are like children.
The smaller they are,
the more noise they make.”
~ Spanish Proverb ~

“There are four things every person has more of than they know: sins, debt, years and foes.”  ~ Persian Proverb ~
“Before borrowing money from a friend, decide which you need most.”
~ American Proverb ~
“The only man who sticks closer to you than a friend in adversity is a creditor.” ~ unknown ~
“Promises makes debt and debt makes promises.” ~ Dutch Proverb ~
“Interest on debts, grow without rain.” ~ Yiddish Proverb ~
“A church debt is the devil’s salary.” ~ Henry Ward Beecher ~
“Rather go to bed supperless, than rise in debt.” ~ Benjamin Franklin ~
“Never spend your money before you have it.” ~ Thomas Jefferson ~
“Creditors have better memories than debtors.” ~ Benjamin Franklin ~
“No man’s credit is as good as his money.” ~ E. W. Howe ~
“A bank is a place that will lend you money if you can prove you don’t need it.”
~ Bob Hope ~
“Every day I get up and look through the Forbes list of the richest people in America. If I’m not there, I go to work.” ~ Robert Orben ~
“Money often costs too much.” ~ Ralph Waldo Emerson ~
“If you lend someone money and never see that person again, it was probably worth it.” ~ Sandra Bennett ~
“To many people spend money they haven’t earned to buy things they don’t want to impress people they don’t like.”  ~ Will Smith ~
“If women didn’t exist, all the money in the world would have no meaning.”
~ Aristotle Onassis ~
“Money isn’t the most important thing in life, but it’s reasonably close to oxygen on the “gotta have it” scale. ~ Zig Ziglar ~
“Money is like a sixth sense, and you can’t make use of the other five without it.” ~ William Somerset Maugham ~

If you’d like a name added to the prayer list, please let me know. Names will be kept for one week, then we begin anew.