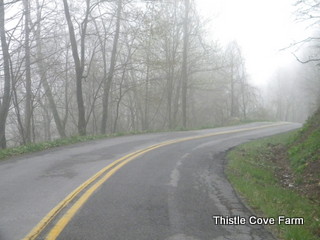 Yeah, how’s that sequester going for us, fellow Americans?


While Biden spends $1,000,000 seeing the sites in gay Paree and London and, as of March, had been on three vacations in 2013. In case your math skills are lax, that’s one vacation per month! Earlier this year, the Obama’s spent more than $20 million on their Hawaiian vacations. What about you? How are your vacation plans shaping up? Are you even going on vacation this year? Oh, you don’t have the money; well, that’s because the White House clowns are spending it while telling us to tighten our belt.


Thanks to the Pres and Dems, there’s no Sequester at Planned Parenthood (PP). Yes, I do know the Reps have their own share of ills but, as national policy, they are against killing the unborn.


The Pres, Dems and PP are making sure babies are still being killed though…no sequester for the unborn. For the year 2011-2012, PP had $1.2 BILLION in assets and received $542 MILLION in Tax Slave Dollars. I resent my Tax Slave Dollars going to kill babies. People were up in arms over baby killing in Viet Nam but now it seems to be just fine. My, how times and leaders have changed.


Last month, the Pres, speaking to PP at their annual gala, trashed me and my beliefs when he accused pro-lifer’s of wanting to “…turn back the clock to policies more suited to the 1950’s than the 21st Century.” It’s difficult to talk about something you’ve only read about and the Pres doesn’t know the 1950’s were a pretty safe time for the unborn. So, yeah, in that respect, the clock needs to be turned back. Contrary to what the Pres said, it’s not about “women’s health care” at PP, it’s about abortions and the $$$$ killing the unborn makes for PP. Just because the Pres is in favor of killing American babies in the womb, does not make it all right, either with me or before God.


My question Mr. Pres, is how can you defend PP’s practices of Dr. (and I use the term most loosely) Kermit Gosnell? Is it because the unborn being killed are infidels in your eyes? Reader, don’t you know Gosnell? He’s been on trial since mid-March for murdering babies he aborted. Huh? Yes, that’s right…he’d abort a baby and if it wasn’t dead, he’d kill it outside the womb. Dr. Mengele would be proud, PROUD, to call Gosnell friend and would applaud his practices of aborting babies and then killing them outside the womb. Gosnell is on trial in Philadelphia now but I think a war tribunal might be more appropriate, followed by an old fashioned firing squad.


What?! You don’t know about Gosnell and his killing of the unborn AND the born? Yeah, but you sure knew about Michael Vick and his dog fighting escapade didn’t you? And by extension, does that mean dogs are more important than babies?


The Susan B. Anthony List, Advancing Pro-Life Leadership, has set forth The Top 12 Reasons to Defund Planned Parenthood now.


1.  The Pres and Dems are willing to shut down the federal government in order to keep dollars flowing to PP. PP is one of the largest and strongest supporters of the Pres with both $$$ and volunteers.
2.  PP is independently wealthy; over the last nine years, taking in more than $500 MILLION in PROFITS. PP has almost $1 BILLION in ASSETS.
3.  PP is this country’s largest abortion provider, since 1970, providing 5.3 abortions, at least.
4.  PP’s business model is based on abortions. A former director, Abby Johnson, now a Pro-Life Advocate, said she was given an “abortion quota”!
5.  Copied directly from the Susan B. Anthony site, “More taxpayer funding of Planned Parenthood equals more abortions, fewer adoption referrals. Claims that taxpayer funding of Planned Parenthood results in fewer abortions are false. From 2000 to 2009, Planned Parenthood saw an 80 percent increase in taxpayer funding, receiving $202 million in 2000 and $363 million in 2009. In 2000, Planned Parenthood performed 197,070 abortions while making 2,486 adoption referrals. In 2009, they performed 332,278 abortions and made just 977 adoption referrals. That means an 80 percent decrease in the number of adoption referrals.”
6.  PP is not safe for girls and young women. Lila Rose‘s Live Action recently released undercover videos showing PP employees in several states willing to aid and abet in human sex trafficking of girls as young as 14!
7.  PP is fighting an Illinois that requires staff and volunteers to report suspected sexual abuse of minors. PP also fights parental notification laws, all the way to the Supreme Court, that would inform a parent if their underage daughter is seeking an abortion.
8.  There are 1,048 federally qualified health centers providing cancer screening, contraception and STI testing according to the Chiaroscuro Foundation. That’s not counting the tens of thousands of doctors and hospitals providing care.
9.  PP does not provide mammograms and is not a significant primary care provider to women.
10. 60 to 70% of Americans oppose tax dollars funding abortion.
11. Margaret Sanger, PP’s founder, believed, quite strongly, in eugenics. Sanger said, “In this matter, the example of the inferior classes, the fertility of the feeble-minded, the mentally defective, the poverty-stricken classes, should not be held up for emulation…” Referring to immigrants and Catholics, she wrote: “[They’re] an unceasingly spawning class of human beings who never should have been born at all.” “The most merciful thing that a large family does to one of its infant members is to kill it.” PP carries on Sanger’s proud tradition today when they said in a filed tax return, they are committed to “a U.S. population of stable size in an optimum environment.”

Which means WHAT, exactly?


Another thing…Abby Johnson, Pro-Life Advocate, says she’s not flying United and asks those who do fly to do same. She wrote on her blog about Jeff Smisek, CEO of United Airline and Co-Chair of PP’s Annual Gala held last month. Yeah, the same Annual Gala where the Pres delivered the keynote address denouncing those of us against abortion. More than a million abortions are performed in the USA each and every year! Almost 32,000 people were killed by accidental discharge, suicide, murder or undetermined intent.


The numbers say Abortionists are killing 1,000,000 plus babies while people wielding guns are killing 32,000. Think on that for a while…


The bad news is, more than thirty years ago, I was counseled to have an abortion and I did. It’s one of the worst decisions of my life and one I regret constantly. The good news is, God forgave me that terrible decision because I asked His forgiveness. If you’re contemplating an abortion, I urge you to speak to someone other than “planned parenthood”. A decision to have an abortion will follow you the rest of your life and can have dire consequences regarding future pregnancies. Please, do not trust people who give only one view; get a second, even third, opinion. Yes, it’s that serious! If you don’t know where or how to find help, contact me and I’ll find someone to help you. God cannot bless us if we’re living outside His will and I’d rather have God’s blessing than PP’s “help”.

Share
Pin
Email
« Sabbath Keeping
To One of the Rare Ones… »