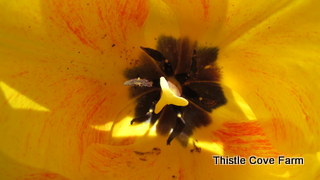 Are you familiar with ICE? No, not ice but ICE…in case of emergency. If you have a mobile phone or a land line, you should consider putting ICE into your address book followed by the name of someone to call in case of emergency. For example – ICE Jane Doe and her phone number. If you’re in an accident, the first responders are able to look in your phone address list and call the person listed. Good information!


Do you drink milk? Dave and I drank a lot of milk and I still drink two to three gallons a week but that’s about to change if the FDA approves the addition…but NOT the labeling…of aspartame in milk. According to Natural News and the Blaze, this petition was filed by the International Dairy Foods Association (IDFA) and the National Milk Producers Federation (NMPF) and requested the agency “amend the standard of identify” for milk and 17 other dairy products. That includes, but isn’t limited to, milk, cream, half and half, egg nog, yoghurt, sour cream, whipping cream, buttermilk, cultured milk, dry milk…it’s enough to make me weep!


Dr. Mercola says “aspartame is, by far, the most dangerous substance on the market that is added to foods.” I struggle with not ingesting aspartame…I read labels, I don’t drink diet soft drinks nor add flavored powders to my water but it looks like I’m going to have to cut down on my milk consumption, a lot. If the federal dummies association allows aspartame to be added…but not labeled…I’ll start buying organic milk while cursing the “powers that be”. If you drink or eat anything…anything!…with aspartame, I urge you to go cold turkey and give it up now! A partial list: diet soda’s, yogurt, cream, flavored water, chewing gum, water, NutraSweet, Equal, Sweet n Low.  Here’s why.


Natural News says while the country was consumed with the Boston snafu, CISPA, very  quietly and deadly, was passed in the House; 288 Dummies voted for it and 127 Reps voted against. So, what is CISPA? It’s the Cyber Intelligence Sharing and Protection Act that strikes at the core of the Fourth Amendment. The Fourth Amendment says: “The right of the people to be secure in their persons, houses, papers, and effects, against unreasonable searches and seizures, shall not be violated, and no Warrants shall issue, but upon probably cause, supported by Oath or affirmation, and particularly describing the place to be searched, and the persons or things to be seized.”  CISPA would give the federal government and businesses “legal protection to share information on cyber threats with each other to enhance the nation’s cybersecurity. This means your banking activity, your financial activity…virtually everything you do on the internet will be open for review by “government officials”. Hmmmm, not such a good idea, I don’t think.


Senator Rockefeller (D-WV) says the Senate will not pass CISPA and Obama said he “may veto it” should it cross his desk.  One can only hope and pray.


Have you heard about Genetic Engineering (GE) which is being pushed down our throats by the FDA and private corporations? Like the “environmentalists“, those who stand to gain the mo$t are the ones pushing it hardest. Did you know GE is producing bananas with vaccines, “frankenfish” and other weird foods presented for human consumption. Pharmacia, the same ole devil Monsanto, but under a new name, is pushing bio-drugs and, way back in 1998, Monsanto Phil Angell, Dir. of Monsanto Corp. Communications, told Michael Pollen, “Monsanto should not  have to vouch for the safety of biotech food. Our interest is in selling as much of it as possible. Assuring its safety is FDA’s job.”

Now there’s a fox in the henhouse not to mention one of the largest oxymoron‘s I’ve ever read…safety and FDA. If the word lobbyist doesn’t strike fear in your heart, you better check your pulse.


If you didn’t know, USA produced foods are banned in other countries because they aren’t fit for human consumption but are force fed to us on a daily basis. Russia, Indonesia, Taiwan, Saudi Arabia are all part of 160 countries that BAN US turkey, beef and pork! I strongly suggest you stop eating out of a grocery store and make friends with a farmer to grow and know your own food.


In an effort that would make Dr. Frankenstein very proud, Dr. David Suzuki explains, “Genetic engineering of trees is the greatest threat to the native forests since the invention of the chain saw.” So, why is GE being allowed in our food, our meds, our forests?

Genetically engineered trees have unnatural characteristics; they kill insects, grow abnormally fast, tolerate toxic herbicides or their wood composition. Lignin has to be removed from wood pulp before being made into paper and GE modified trees have lower lignin content which is what gives trees strength and structural integrity. Low lignin trees also decompose faster and release carbon dioxide into the atmosphere faster and contributes to climate change. NOT cows belching and passing gas…low lignin trees!

And, in the “Dear God, can it get any worse” camp, there’s this nut  Japanese Deputy Prime Minister Taro Aso who describes those with most serious illness as “tube persons” and goes on to say, “Heaven forbid I should be kept alive if I want to die. You cannot sleep well when you think it’s all paid by the government. This won’t be solved unless you let them hurry up and die.” He later apologized for his comments which were personal and not public policy. whew! At 72 years of age, you’d think he think twice about his words as he’s close to the end. On the other hand, should you put Aso and Biden side by side, they’d probably look like fraternal twins. Ya think?

“Honor never grows old, and honor rejoices the heart of age.
It does so because honor is, finally,
about defending those noble and worthy things that deserve defending,
even it it comes at a high cost.
In our time, that may mean social disapproval,
public scorn, hardship, persecution, or as always, death itself.
The question remains:
What is worth defending?
What is worth dying for?
What is worth living for?”
~ William J. Bennett in a lecture to the US Naval Academy, 11/24/97 ~