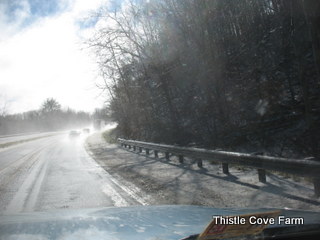 The week between Christmas and New Year’s, I left the above to go with Stephanie, my sister, to NYC. At o-dark thirty, we took Amtrak and rode the rails until we arrived at Penn Station. 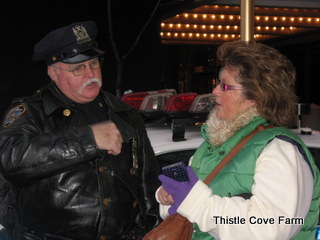 We had a fine time, stayed at a hotel about six blocks from Times Square and walked until I couldn’t feel anything other than pain in my body. It was fabulous! We were walking toward Times Square early one evening when a parade of police cars, sirens and lights screaming, pulled to the curb. Stephanie said, “I bet it’s a celebrity!” We hung around, waiting to see who it was when Steph said, “I’m going to ask someone”. She walked over the the police officer and he said, “Nope, no celebrity. The mayor likes a police presence so once a week, we put on a show of force.” They had the K-9 unit, SWAT and beat police…it was wonderful and we chatted for a few minutes. He loved hearing our accents (what accents?!) and we enjoyed receiving directions and tourism advice from him. 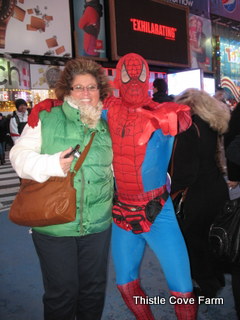 At Times Square, Spidey saved Steph! People dress up in costumes…Spiderman, SquareBob Sponge Pants, Disney characters, etc. and make a few bucks by doing exactly what this guy is doing in the hopes people will give him a few dollars…so I did. Hey, it was my sister!

Not sure you can see us but we’re standing at the end of the number 2, the top end. I wore a silly, wool, felted hat that gave Steph no end of amusement but told her, “We’re going to be in large crowds and this silly hat will help you locate me.” The first day, she agreed with me. 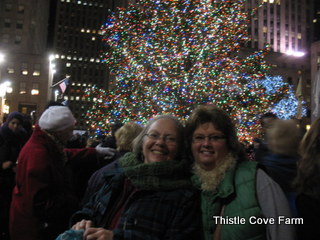 We visited the ice skating rink at Rockefeller Center and while there, we witnessed a young man, on bent knee, propose to his girlfriend. 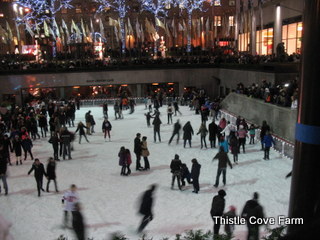 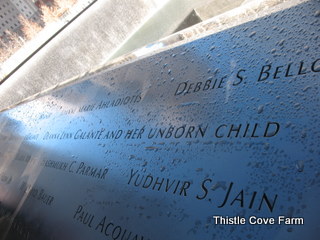 We visited Ground Zero, the 911 Memorial, a sobering and tear invoking event. I’m not sure you can read this but it says Deanna Lynn Galante and her unborn child. 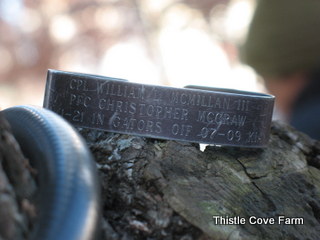 While we were there, we visited the Survivor Tree on which rested this bracelet with the names of CPL William McMillan and PFC Christopher McGraw. People took photos but no one attempted to remove it; the feeling of respect and honor was palpable. 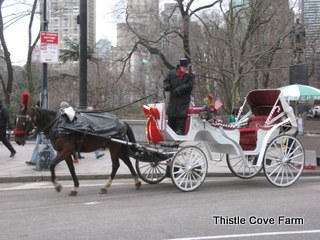 We took a carriage ride around Central Park 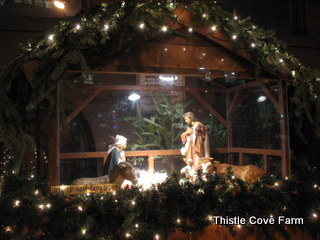 and passed this Creche each day and evening as we’d walk to and from our hotel. 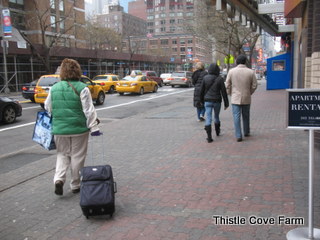 We had a fine time and, as we were walking to Penn Station to catch our train home, it started snowing, making everything magical. Memories…good excellent memories with a favorite person…my sister!