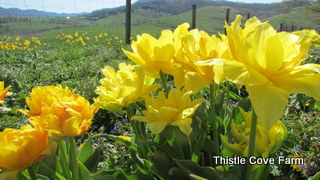 “Don’t rescue (your) son/daughter from consequences he/she deserves for forgetfulness or irresponsibility.” ~ Tim Rogers ~
“The contest for ages has been to rescue liberty from the grasp of executive power.”
~ Daniel Webster ~

“Constant pressure and anxiety lead to depression.
Have faith in God.
He will come to your rescue.”
~ unknown ~

“What we do not see, what most of us never suspect of existing, is the silent but irresistible power that comes to the rescue of those who fight on in the face of discouragement.”
~ Napoleon Hill ~
“The individual woman is required a thousand times a day to choose either to accept her appointed role and thereby rescue her good disposition out of the wreckage of her self-respect, or else follow an independent line of behavior and rescue her self-respect out of the wreckage of her good disposition.” ~ Jeannette Rankin ~
“Whether your child is 3 or 13, don’t rush in to rescue him until he’s done all he can do to rescue himself.” ~ Barbara F. Meltz ~

“Some want to live within the sound of church of chapel bell;
I want to run a rescue shop within a yard of hell.”
~ William Booth ~

“The Lord will rescue me from every evil deed
and bring me safely into his heavenly kingdom.
To him be the glory forever and ever.
Amen.”
~ 2 Timothy 4:18 ~
If you have a name to be added to the prayer list, please let me know. Names will be kept for one week and then we begin anew. Around the world, people are praying.