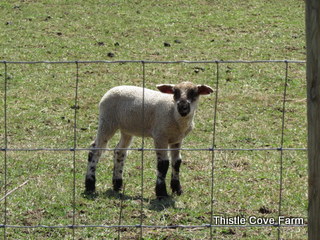 “He that is slow to anger is better than the mighty;
and he that ruleth his spirit than he that taketh a city.”
~ Proverbs 16:32 ~

“For every minute you are angry,
you lose sixty seconds of peace of mind.”
~ Ralph Waldo Emerson ~
“A man is about as big as the things that make him angry.”
~ Winston Churchill ~

“Speak when you are angry and you will make the best speech you will ever regret.”
~ Ambrose Bierce ~
“It is wise to direct your anger towards problems – not people; to focus your energies on answers – not excuses.” ~ William Arthur Ward ~

“Anger is only one letter short of danger.”
~ unknown ~

“Anger is an acid that can do more harm to the vessel in which it is stored than to anything on which it is poured.” ~ Mark Twain ~

“Anyone who angers you, conquers you.”
~ unknown ~

“Anger dwells only in the bosom of fools.” ~ Albert Einstein ~
“In a controversy, the instant we feel anger, we have already ceased striving for truth and have begun striving for ourselves.” ~ Abraham J. Heschel ~
“How much more grievous are the consequences of anger than the causes of it.”
~ Marcus Aurelius ~
“Anger makes you smaller while forgiveness forces you to grow beyond what you are.”
~ Cherie Carter-Scott ~

“There are two things a person should never be angry at,
what they can help, and what they cannot.”
~ Plato ~
“Get mad, then get over it.”
~ Colin Powell ~
“Whatever is begun in anger,
ends in shame.”
~ Benjamin Franklin ~

“But now ye also put off all these;
anger, wrath, malice, blasphemy,
filthy communication out of your mouth.”
~ Colossians 3:8 ~

If you have a prayer request, please give me the name which will be kept for one week. Around the world, people are praying.

Share
Pin
Email
« Feeding Round Bales
The Week Between »