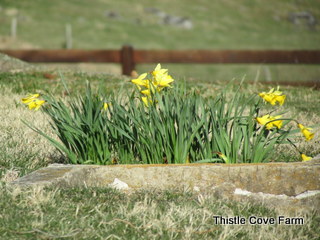 Today is “Earth Day” wildly promoted and celebrated by those who have NO choice and are easily brain washed…public school children.


I reject earth day, the United Nations, Gorbachev, the Earth Charter and the push for One World Government. While I’m at it, let me include supporters G. W. Bush, Jr. and Sr., Bill Clinton and Obama. Those aforementioned who claim to be Christians are traitors both to their country and to their alleged faith. May God have mercy on their souls.


Um, this would be the same Gorbachev who, as President of the USSR, was responsible for “unequaled environmental devastation”?


Quoted from Crossroad: “UN leader Robert Muller, Chancellor of the University of Peace, told me that both he and Gorbachev are active contenders for the role of UN Secretary General. Both have a plan for streamlining and empowering the international organization. Both share a fascination for New Age mysticism and global values. But Gorbachev has the charisma, international support, and organization skills to accomplish his goals.


“The world’s spiritual and environmental leaders who endorse him [Gorbachev] seem to have forgotten that Gorbachev’s atheist reign in the USSR spawned unequaled environmental devastation. Could his professed concerns for the poor and for nature be mere political stepping stones to greater power?


“At the end of the conference, the publisher of (defunct) Earth Vision magazine shared with me [Crossroad editor] her disappointment over the hypocrisy she sensed. “I don’t believe they really care all that much about the poor,” she said. “An evening meal here costs over $120 per person, yet they talk about equality, justice, and raising consciousness. Why couldn’t they have served just one meal of rice? That would have done more to raise our awareness than all their promising words.”


I reject socialism, all forms of government and all leaders that would seek to displace democracy and God with anything else.

I reject the United Naton’s Agenda 21 and One World Government plan. Every time I say or hear the Pledge of Allegiance, I place the USA over all other countries and all other forms of government.


I reject the Vatican’s approval of U.N. Agenda 21.


I reject the Earth Charter that seeks to replace Father God with mother earth.


I reject Al Gore and his fanatical brand of hypocrisy that allows him to buy a $9 Million home while telling the rest of us, “smaller footprint, smaller footprint!”. Oh, his $9 Million were spent at a time when unemployment was almost 10%.


I reject Obama’s White House Rural Council Executive Order 13735 because it is intrusive and a grab for more power and control over the lives of 16% of the USA population, those of us living in rural areas.


I have yet to read Glenn Beck’s Agenda 21 but it’s on my to-read list. No matter what you think of Beck, he’s not afraid to address the hard issues and is a militant Christian. That’s right…militant! So many Christians should read and heed Beck’s military Christianity and then, go thou and do likewise.


I support Republican’s Against U. N. Agenda 21.


I accept that nothing on this earth and in this world happen without God’s knowledge and permission.


I accept, wholeheartedly, the Bible as the inspired Word of God. I accept God’s Son, Jesus Christ, as my Savior and Lord…none other…and know I will spend eternity in heaven with God, Christ, the angels and that great cloud of witnesses gone ahead.


I urge you to accept Christ, immediately.

Happy God’s day…
today and all the days to come.

“I pledge allegiance to the flag of the United States of America, and to the republic for which it stands, one nation, under God, indivisible, with liberty and justice for all.”
Blessings ~ great cloud of witnesses ~ militant Christians ~ God, the Father; Jesus Christ, His only begotten Son and the Holy Spirit, Comforter ~