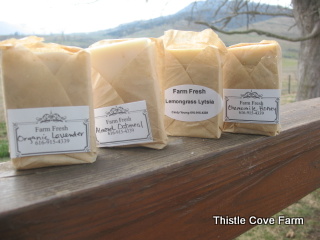 I dearly love handmade soap. Oh sure, I use bath wash but it’s just to make my hand made soap last longer -grin-. By hand made, I mean s.o.a.p. made with water, lye and fat; doesn’t have to have smell good stuff included but it’s a bonus if it does. I used to make soap but buying lye became an onerous chore…those dratted druggies use it to make some sort of bath tub drug so lye and other common household goods have gone the way of the blue goose.  I feel a rant coming on…


I am a firm believer in the power of work…hard work, physical work, actual labor that causes a body to sweat and feel muscles not felt in years, if not decades. Then, at day’s end a good, hot shower, clean jammies and bed all go a long way toward healthful, restorative sleep so one can get up and do it all over again in the morning. I don’t want to hear crap like, “drugs are a disease” because they aren’t and that’s a lie. Drugs are a choice, a bad choice, and as long as the stupid government is making it easy for people to have access to drugs, stupid people will do drugs. rant almost over… Furthermore, if a person receives government aid, why aren’t they doing community work for the privilege of the rest of us keeping their lazy arse in food, shelter, clothing, cell phones and air conditioners? When I see girls and women who are having their umpteenth baby because a baby is worth $3,000 a month, I want to do worse than head slap ’em; I want my tax dollars used for tubal ligation and not baby upkeep. And, lest you think I’m prejudiced, I want my tax dollars to also pay for a vasectomy for the “baby daddy” dear Lord, how the language suffers! and, as soon as the birth mother is able, I want her and the birth father doing community service. I also do not want to hear any crap about “self esteem” which, clearly, they don’t have if they are busy having babies simply for the government check! 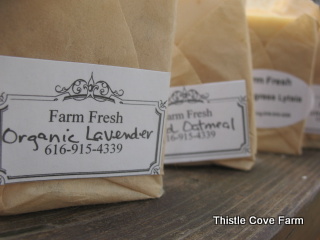 I’m not talking about people who have very real health problems but when I see people using food stamps or, worse, selling their food stamps so they can have drug money, I want to head slap ’em! I also want to head slap people who are on government disability checks but, somehow, find the strength to still farm or have landscape businesses and want to be paid “in cash” because it’s better that way. I receive at least one phone call every summer from someone who wants to sell me their window a.c. for $20 or $25 because Social Services is giving them another one. Yes, I do try and explain why that’s wrong and, yes, I’m also tempted to buy that a.c. but, like Dave and I used to say, don’t argue with stupid people. First, they drag you down to their level and then beat you with experience.  rant over, for the time being – grin.


Anyhoo, for years, I’ve been singing the praises of lye soap and some folks have found it excellent for skin problems like psoriasis, eczema and chilblains which caused Dave tremendous suffering. In cold weather, his fingers would crack open and bleed until he began washing with hand made soap. Whenever possible, I’d make or buy soap that used olive oil as the fat base and it would restore moisture to his poor hands which, in turn, would begin to heal as the olive oil also provided a barrier. 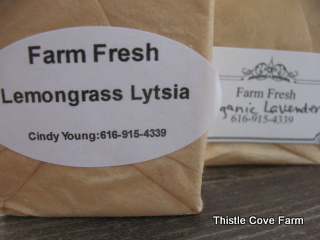 A blog friend, Cyndi, makes home made soap…correction, Cyndi makes fabulous home made soap and her blog Farmgirl Cyn features not only her soap but also her ointments and salves, laundry soap, teas and infusions and salts and rubs. Recently, Cyndi sent five wonderful bars of hand crafted soap which have added greatly to the pleasure factor around here. Yes, perhaps you’ve noticed there are only four bars…one bar is pressed into use and there’s really not that much left to photograph. smile 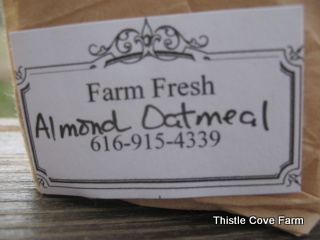 I heartily recommend visiting Cyndi; she’s been a treat and a prayer warrior, standing in the gap for me, since Dave’s death. She allowed God to speak to her heart when I most needed someone to intercede for me; may God bless her greatly for her obedience and during a time of life that saw her and her family in dire circumstances as well. I do realize there’s a lot of bad “stuff” on the blog but there’s also a lot of good “stuff”. I’m reminded of Joseph when he told his brothers, “you meant it for evil but God worked it for good.” That’s the blog in a nutshell; it can, and does, contain evil but God uses His people to do His will for good in a world, too often, gone frosty with cold. Bless His name forever!