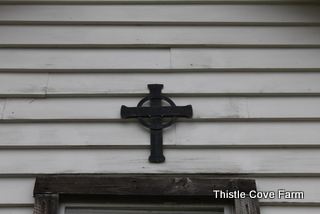 Unfortunately, what most people know about Saint Patrick is St. Paddy’s Day and green beer but the story is one of rich heritage to both the Western World and Christians all over the world. Saint Patrick, the patron saint of Ireland, has his holy day on March 17th, his death day. Holy days have been bastardized turned into holidays and, for the most part, have lost all religious significance and been regulated to the lowest common denominator. Patrick was actually born in Scotland, at Kilpatrick, near Dumbarton, others say a place called Banna Venta Berniae, but location unknown now, in the year 387.


Calpournius, a deacon, and Conchessa, his parents, were Romans living in Britain and, around age 14, Patrick was captured during a raiding party and taken to Ireland as a slave. There, he tended and herded sheep amongst the Druids and pagans while learning their language and ways but turned to God in prayer. He wrote:


“The love of God and his fear grew in me more and more, as did the faith, and my soul was rosed, so that, in a single day, I have said as many as a hundred prayers and in the night, nearly the same.” “I prayed in the woods and on the mountain, even before dawn. I felt no hurt from the snow or ice or rain.”


He escaped slavery when twenty and had a dream from God in which he was told he would leave Ireland by coast. He made his way some two hundred miles to the coast where some sailors took him back to Britain and reunion with his family. Another dream showed him the people of Ireland calling to him and wrote: “I saw a man coming, as it were from Ireland. His name was Victoricus, and he carried many letters, and he gave me one of them. I read the heading: “The Voice of the Irish”. As I began the letter, I imagined in that moment that I heard the voice of those very people who were near the wood of Foclut, which is beside the western sea–and they cried out, as with one voice: “We beg you, holy servant boy, to come and walk among us.” “

After finishing his priesthood studies, he was ordained by St. Germanus, the Bishop of Auxerre, also one of his masters while studying for the priesthood. After being ordained as a bishop, he was sent to take the Gospel to Ireland and arrived in Slane March 25, 433. By preaching the Gospel, he converted many to Christianity, for a period of forty years. He died March 17, 460 at Saul where he built the first church or is buried at Down Cathedral in Downpatrick, County Down but nothing can be proven.


Saint Patrick used the shamrock to explain the Trinity: the Father, Son and Holy Spirit and today it’s the national symbol of both Ireland and Saint Patrick’s Day. He is recognized as a  man who took a vow of poverty, also a humble and pious man who, like David, was a man after God’s own heart.


Saint Patrick is an enormously interesting man of God; more information may be found here and bears further reading but do realize a lot is conjecture. Let’s face it, it’s been a few years and the story becomes muddled in the telling and re-telling. smile

P. S. for some odd reason, some of my comments aren’t being accepted on your blogs. It’s only some blogs, the ones with the comment that says, “comment as…..”. I’ve tried commenting as Google account and Open I.D. but no success. I am sorry; just wanted you to know I have been by to visit!