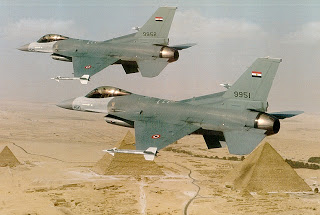 The last day of January, 2013, the US Senate voted, overwhelmingly, to send F-16 fighter jets and 125 M1A1 Abrams tanks, to Egypt and the Muslim Brotherhood. Some of the F-16 fighter jets have already been delivered and the Abrams tanks are to be delivered in a couple of months. President Obama could have stopped this vile act but he, and the Senators listed below, chose to send a very unstable country weapons of war. A very unstable country whose latest ally is Iran, a known enemy of the US.


A lone voice of reason, Senator Rand Paul (R-KY) said, “I think this is particularly unwise since Egypt is currently governed by a religious zealot, a religious zealot who said recently that Jews were ‘bloodsuckers’ and ‘descendants of apes and pigs. This doesn’t sound like the kind of stable personality that we would be sending our most sophisticated weapons to. We send 20 F1016’s to Egypt – which already has 240 F-16s. What does Israel feel? They’ve got to have two for every one Egypt has. It escalates an arms race, it makes it more difficult for Israel to defend herself. Today we have a chance to stop this folly.”


Then Senator John Kerry’s excuse reason was the jets and tanks were part of a deal hammered out in 2009 when the president of Egypt was Hosni Mubarak (who ruled for twenty-nine years and is currently in jail and on trial…again). It was also when the country was a lot more stable, John, or doesn’t that matter? Apparently not, eh?


Funny, I’ve never seen a U-Haul behind a hearse.


These 79 Senators voted YES to send both jets and tanks to Egypt…BOO, HISS!


Those 19 Senators who voted NO – Thank you, for doing the right thing!


Senator Kerry didn’t vote; could it be because he didn’t want to jinx his pending grab at Secretary of State position recently given up by “What difference does it make” Clinton?


My letter to my Senators will consist of one sentence, “Please state your rationale in sending weapons of war to Egypt, an unstable country where the Muslim Brotherhood, sworn enemy of the USA, is in power.” If I receive a response, I’ll let you know; in the meantime, please consider sending your own Senators the same question.