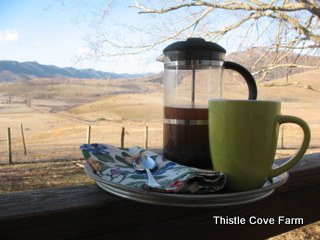 
“I sat with a friend in a high-class coffee shop in a small town near Venice, Italy. As we enjoyed our coffee, a man entered and sat at empty table beside us. He called the waiter and placed his order saying, “Two cups of coffee, one of them on the wall.” We heard this order with some interest and observed that he was served with only one cup of coffee but he paid for two. As soon as he left, the waiter pasted a piece of paper on the wall with the words, “A Cup of Coffee.”


While we were still there, two other men entered and ordered three cups of coffee, “Two on the table and one on the wall, please.” They drank two cups of coffee but paid for three and then left. This time, the waiter did the same; the piece of paper he pasted on the wall said, “A Cup of Coffee.”


It seemed this gesture was normal at this place but something unique and perplexing for us. Since we had nothing to do with the matter, we finished our coffee, paid the bill and left.


After a few days, we happened to visit this coffee shop again. While we were enjoying our coffee, a man entered. He was dressed in a manner that did not match the standard nor the atmosphere of the coffee shop. Poverty was evident from the look on his face and his clothing. As he seated himself, he looked at the wall and said, “One cup of coffee from the wall, please.” The waiter served a coffee to him with the customary respect and dignity.


The man drank his coffee and left without paying. We were amazed to watch all this when we also noticed the waiter took off a piece of paper from the wall and threw it into the trash. Then it dawned on us! The great respect for the needy shown by the inhabitants of this town welled our eyes with tears.


Coffee is not a need of society, nor a necessity of life. The point is when we take pleasure in any blessing, maybe we also need to think about those people who appreciate that specific blessing as much as we but they cannot afford to have it.


Note the character of the waiter who, with a smile on his face, played a consistent and generous role to facilitate the communication between the affording and the needy. Ponder upon the man in need. He enters the coffee shop without having to lower his self-esteem. He has no need to beg for a free cup of coffee. He only looked at the wall, placed an order for himself, enjoyed his coffee and left. The wall reflects the generosity and care of the town dwellers who show compassion and allow not so fortunate others to maintain human dignity.”


There’s a “movement” afoot called Random Acts of Kindness and this week is RAK Week. Have you heard of it? I’m of two minds about this…the first being, isn’t it wonderful and the second being, how sad we have a website and a week devoted to random acts of kindness. When I was growing up, amidst the unicorns and dinosaurs, smile there was no such thing as “random acts of kindness” because that was simply how people lived their lives. I couldn’t begin to count the numbers of times Daddy stopped to change someone’s tire, Mom sent money to a missionary, Daddy cut, delivered and stacked a load of firewood for a widow, Mom cooked and delivered a meal to someone in need and the list goes on and on and on… . It was love in action because we were Christians and we did as Christ asked. Regarding RAK, it is at times like this and every other second as well that I miss Dave so dreadfully. He would explain to me why RAK begun in the first place and now has a week of celebration and doing.


When did we get away from helping each other? When did it become a “national holiday”? And, the more important question…WHY? For you folks who are naturally nice, you may stop reading now but for the rest of us, I ask you to consider…every day, pay a complete stranger a compliment. If you get a chance to pass along a blessing, do it. There doesn’t need to be fanfare or firecrackers going off. Do it for the pleasure it gives someone else…and you. Do it to lighten someone’s burden. Do it because one day someone will do it for you. Do it because it’s the right thing. Karma, what goes around comes around and, my favorite, cast your bread upon the water. Do you want good, nourishing bread or moldy bread? Easy answer, don’t you think?


Pass Along Your Blessing, as soon as possible and as much as possible. God can’t bless someone with clenched hands. God bless you, yours and the works of your hands and heart.


Today’s Miracles ~ hot cup of coffee ~ kindness in action ~ compassion ~ respect, shown to everyone ~ quiet dignity ~ Pass Along Your Blessing ~