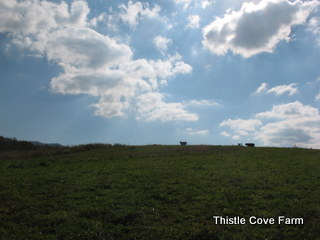 While walking down the street one day, a corrupt Senator -redundant!- was hit by a car and died. St. Peter meets the soul of the Senator at the Pearly Gates.
“Welcome to Heaven,” said St. Peter, “but we have a problem. We seldom see elected officials and we’re not quite sure what to do with you.”
The Senator responds, “Not a problem, go ahead and let me in. I’m sure it will be fine.”
“Well,” said St. Peter, “it’s not that easy. I’ve got orders from Higher Ups and they said to let you spend a day in hell and a day in heaven. After, you can decide where you want to spend eternity.”
The Senator starts throwing his weight around. “I’ve decided I want to spend eternity HERE!”
St. Peter walks him to the down elevator. “Sorry, you have to abide by our rules now so you’ll first spend a day in hell.”
After going down, down, down the elevator finally stops and the doors open to a lush fairway where some people are playing golf. The Senator looks beyond the green and sees friends, co-workers, other politicians and acquaintances who are having drinks and  dancing to the sound of a live band.
Everyone’s having a fabulous time! Some folks see the Senator and run to greet him; they talk and joke about how they spent money that wasn’t theirs, made deals to make them even richer, and all at the expense of the “little guy”…the voter.
Satan comes round the corner and, seeing the Senator, walks up to him, slaps him on the back and gives him a huge welcome and orders the Senator a cocktail. The party continues with food, drink, dancing and good great times all ’round. Everyone is having a wonderful time but soon, it’s time to leave. They walk the Senator to the elevator, all the while, telling him how much they’ll miss him, come back soon, etc.
The Senator gets into the elevator and it goes up, up, up and when it comes to a stop and the doors open, the Senator is in heaven.
St. Peter greets him and asks, “So, how was hell?”
The Senator exclaims, “It was fabulous! I knew so many people and we had such a great time; I didn’t want to leave!”
St. Peter nods and says, “Now, it’s time to spend 24 hours in heaven.”
The people in heaven were singing songs about God, visiting with each other, enthusiastically welcoming new people. The Senator felt a bit uncomfortable; he didn’t know the songs nor did he know many of the people in heaven. Essentially, he was on the outside looking in.
Soon, St. Peter finds the Senator and says, “How do you like heaven?”
The Senator looks thoughtful and replies, “I’ve really enjoyed my 24 hours yawn in heaven but I know so many more people in hell and think I’d be better off in hell. If you don’t mind, I’d rather go to hell.”
Once again St. Peter walks him to the elevator and it goes down, down, down. When the doors open, the Senator sees nothing but a barren wasteland and everyone is dressed in rags, picking up trash that’s being dumped continuously.
The Senator gasps as Satan walks over to greet him.
“What’s happened?” the Senator asks. “Just yesterday I was here and it was a great party. Everyone was drinking, dancing, eating and playing golf. What’s happened?!”
Satan smiles at him and says, “Yesterday we were campaigning. Today you voted.”