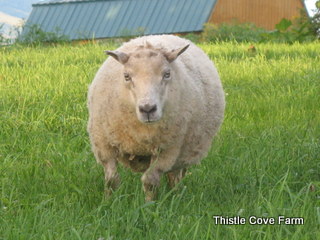 It’s been a week or three of remembering to breath; autumn is in the air, temps are falling, humidity is falling, leaves are starting to turn. Yep, autumn is on the way, although, to be sure, there are still plenty of days with heat left to enjoy. The garden isn’t  much and that’s okay. It’s been a year of being overwhelmed with no back-up and many, too many, people have asked, “How long can you hold out?” The answer is, “I don’t know.” Recently, I read that married people, especially married people with children should try and work things out; they should stay married and not divorce. One of the primary reasons was economics. A divorced woman’s standard of living, almost immediately upon signing the divorce papers, drops by fifty percent. People, that’s a huge amount and I don’t advocate staying in a marriage where one is abused, but I do think a lot of people get divorced for the silliest of reasons. “I just don’t love him or her any more.” What does that mean? Did you ever? Anyway, as Tina Turner once said, “what’s love got to do with it?” Okay, maybe she wasn’t talking about marriage but love is a choice. Someone asked Dave if he’d ever been fallen in love and his reply was, “No, but I think I might have stepped in it once or twice.” Only one of them laughed. 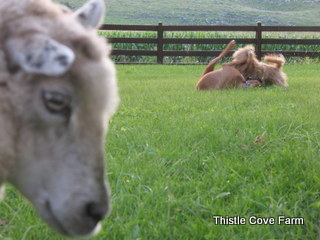 Carly Shetland lives in the yard now and is very happy about it. She’s so old, north of 15 and probably closer to 17 and she just toddles about on her poor little arthritic legs, waiting for love, pets and treats. She has a voice like a fog horn and isn’t above using it! In the background, Sadie and Sam play.
I took a few photos of the American Curly horses; will do a post on them soon. Dave always said we’re running an old age farm and he’s right. He never liked the sheep in the yard but it doesn’t bother me; I figure it’s more pasture and less mowing -smile-. 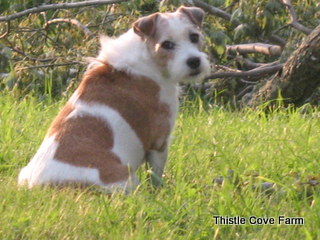 Actually Sophie has lost a few pounds and is looking fit and trim, for her anyway. They killed a groundhog today…GOOD DOGS!…and are going to bed pleased as punch with themselves. As am I. Anytime they kill a groundhog it’s good news to me. 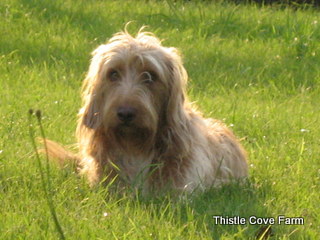 “If you were a man, I’d marry you, Sam!” Dave loved this little feller and I think Sam is the one who misses Dave most, next to me, of course. Sam stood sentry as Melvin gave Dave CPR and Sam watched as the EMT’s carried Dave’s body out of the house, never to return. Sam is a good ‘un and I bless the day Dave and I stopped to pick him up, even if it did make us late for church. We all think it was a great reason! 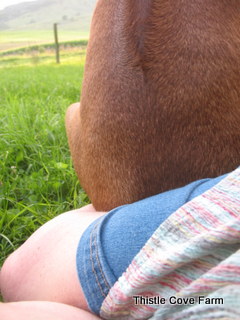 Now Sadie…what can be said about Sadie except, “she ain’t nothing but a hound dog!” See the ridge going up her back; she’s a Rhodesian Ridgeback from Keniba Kennels and about a hundred pounds of pure puppy. Yes, at three plus years old, she’s still puppy! Here, she sits on her favorite spot…my lap because The Empress doesn’t like getting her fanny wet on dewy grass. I was seated, petting Carly, when Sadie came up to me, turned around and kept putting her back side down until she felt my lap underneath. Then, and only then, she deigned to lower her butkus onto my lap. It never even occurred to her that might not be what I wanted; you know how puppies are…self-centered, self-focused and it’s all about me, me, me. I still love her though and I can see see little signs of her growing into a girl to be reckoned with; a girl who protects her own and doesn’t like anyone messing with her human! Good Girl, Sadie! 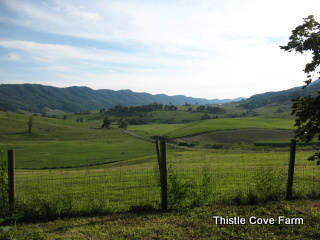 It’s been nine months since Dave died and this month was the first time the fifth came and went without me remembering. Does that mean I’m healing, getting dementia, am overwhelmed with everything…yes, to all the above except, hopefully, not getting dementia. Memory loss can occur anytime there’s a shock to the system and, God knows, losing Dave was, and is, a shock to the system. I know several women whose husband’s have died since and my heart breaks for them; I know some of what they are going through and nothing but God and time can bring healing and, perhaps, restoration. In the meantime, ennui, though not boredom, is a constant battle; one that, sometimes, I’m just as satisfied to lose. Other words that come to mind: apathetic, lassitude…I’m still trying to figure out the right word; none, really, come to mind.
For the first few months, I was in shock and, like I’ve said before, March was a constant struggle to stay alive. It would have been so much easier to just lay it…everything…down and stop living. Dave and I cast our lot together; once we married it was never Dave or Sandra, it was always Dave and Sandra; we were a team, a unit, and, generally, that’s how people viewed us. Now, it’s just me and I’m off kilter, a whirling dervish that spins unsteadily, unevenly and without the prophetic state following.
I’d love to tell you something grand about why I didn’t do that, stop living, but, you know what, it was something simple. I kept thinking, “suppose I do make the decision to stop living and at that very last moment, God lets me see what I would have missed and it was wonderful!”
Bless His name, He knew what it would take for me to stay on my feet, to keep going. That, plus, what kind of “little Christ” would I be if I couldn’t handle this part of life? Death is the natural end; we all know it’s coming, a lot of us are preparing best we can and yet, no matter how much we think we’re prepared, we’re not. It still such a HUGE surprise! Especially when death is sudden. Yesterday, a friend was in a terrible auto accident and his car was totaled but he was unscathed…a miracle! God gave that man a miracle, his very life, and I only hope my friend remembers to say, “thank you”, again.
So, my struggle continues, but not as bitter; life goes on, but a lot emptier; tears still come, but I’m crying in a chair and not curled in a tight little ball on the kitchen floor as the dogs gather ’round and lick my face.

God is still on His throne and all’s well with the world.
Bless His name forever.

Blessings ~ my little family, Carly, Sadie, Sam, Sophie and all the rest ~ a beautiful place to live ~ miracles ~ the love, mercy and grace of God ~