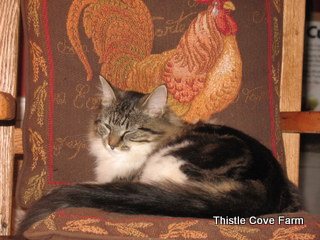 Praise be to the Almighty! I’ve had two good days…yesterday and today…where I was able to do something other than cry. I’ve been catching up on bill paying and took my laptop and printer to Kewloff Computers and put everything in the capable hands of Jason and Tara, the owners.  Dave found Kewloff when the shop first opened and Jason has proven to be most excellent at his job as well as public relations. Tara is just as wonderful and I first met her in WalMart. She was buying kitty “stuff” and (of course) I had to give her my opinion. She’s since forgiven me…right, Tara?…and both Jason and Tara are sturdy, responsible, conservative folks who will, hopefully, be in business a long, long, long time. Tara is one of those people who picked up the phone and called me one day. “You’re on my mind; how are you doing?” If you’ve never had someone ask then you can’t possible know what those few words meant/mean. She called during a low spell and it meant the world that an acquaintance would ask. God knows few friends were asking. So, never, never, ever underestimate the power of a phone call or a note; God may want to use you in such a way so don’t disappoint Him or the person He wants to bless through you. The mission field is under your feet; bloom where you’re planted.
I’m trying to make the most of the good days and get a lot accomplished. It seems I’m moving forward although I seem to focus on what’s left on the ever-growing to-do list and not on what’s been marked off. How about you? What’s your focus?
Gypsy Rose Lee came to me via Freecycle in Abingdon. This was shortly after Dave died and someone needed to find a home for Gypsy and I responded. She was spayed and had her shots; how could I say no? Are you familiar with Freecycle? It’s all over the USA, perhaps internationally as well but I’m not sure, and where people off-load “stuff”…furniture, bicycles, animals, clothing, electronics, appliances, etc. The key word is free so I try not to look too closely at their listings -grin-.
It’s raining although the thunder and lightening have passed to the east; there might be a little while left where it’s comfortable enough to sit on the back porch. I need to relax a bit after getting so much accomplished today. Tomorrow will, hopefully, be another good day and there’s plenty more left on the to-do list.
I’m getting the children for Easter break so need to get the house ready so we can do some outside work, weather permitting. Those little ones are great with the wagons!
BTW, please say a prayer for my Beloved Sistah; she’s sick with upper respiratory epizootics and severely under the weather. That’s about it; bless God for a couple of good days and something accomplished other than tears.

Blessings ~ the strength to do the work God sets before me ~ a good day ~ the children ~ my Beloved Sistah, the best one in the entire Universe! ~