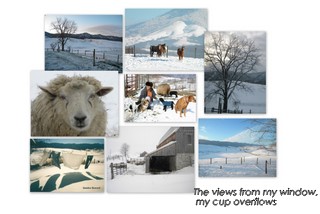 “For the righteous falls seven times and rises again,
but the wicked stumble in times of calamity.”
~ Proverbs 24:16 ~

“After
all these years, I am still involved in the process of self-discovery.
It’s better to explore life and make mistakes than to play it safe.
Mistakes are part of the dues one pays for a full life.”  ~ Sophie Lauren ~

“A mistake is simply another way of doing things.”
~ unknown ~

“You know, by the time you reach my age, you’ve made plenty of mistakes if you’ve lived your life properly.” ~ Ronald Reagan ~


“Instruction does not prevent wasted time or mistakes; and mistakes themselves are often the best teachers of all.” ~ James Anthony Froude ~

“Experience is simply the name
we gives our mistakes.”
~ Oscar Wilde ~
“I prefer you to make mistakes in kindness
than work miracles in unkindness.”
~ Mother Teresa ~

“If I had to live my life again,
I’d make the same mistakes,
only sooner.”
~ unknown ~
Anyone who has never made a mistake
has never tried anything new.”
~ Albert Einstein ~

“I have learned more from my mistakes than from my successes.” ~ unknown ~

“The only man who makes no mistakes is the man who never does anything.”
~ Theodore Roosevelt ~

“To make mistakes is human;
to stumble is commonplace;
to be able to laugh at yourself is maturity.”
~ William Arthur Ward ~

“It is the greatest of all mistakes to do nothing because you can only do a little. Do what you can.” ~ Sydney Smith ~


“A life spent making mistakes is not only more honorable but more useful than a life spent doing nothing.” ~ George Bernard Shaw ~

“If
I Had My Life To Live Over
I’d dare to make more mistakes next time.
I’d relax, I would limber up. I would be sillier than I have been this
trip. I would take fewer things seriously. I would take more chances. I
would climb more mountains and swim more rivers. I would eat more ice
cream and less beans. I would perhaps have more actual troubles, but I’d
have fewer imaginary ones. You see, I’m one of those people who lives
sensibly and sanely, hour after hour, day after day. Oh, I’ve had my
mo0ments, and if I had it to do over again, I’d have more of them. In
fact, I’d try to have nothing else, just moments, one after another,
instead of living so many years ahead of each day. I’ve been one of
those persons who never goes anywhere without a thermometer, a hot water
bottle, a raincoat, and a parachute. If I had to do it again, I would
travel lighter than I have. If I had my life to live over, I would start
barefoot earlier in the spring and stay that way later in the fall. I
would go to more dances. I would ride more merry-go-rounds. I would pick
more daisies.”
~ Nadine Stair ~