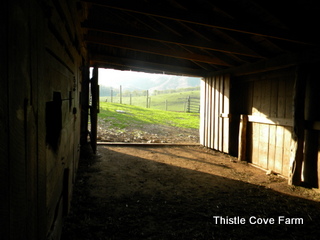 “Good grief!”, (no pun intended) I can hear you saying. Is she going to ratchet on again about grief? Well, yeah so if you don’t want to read this post, now would be a really, really good time to click on the delete/close key. Actually, Glenda wrote a post on Virtual Friends – Real Sisters and it started me thinking all over again. Just like deju vu…all over again except it’s constant…about how people have responded to Dave’s death and how I’m handling it, coping with it, dealing with it and, in two words, I’m not. At least, I’m not dealing coping handling how some think I should be coping dealing handling and, when I honestly respond to them they are seldom seen, never to be heard from again.
So, do you think it’s the “honestly” part or the fact I respond at all? It surprises me that sometimes it hurts that some of  those folks have disappeared but I try not to waste too much thought and energy on them. That’s in huge part because there’s only so much energy and strength to go ’round and the more I give to away, the less I have for what really matters right now. Surviving. Animals. Farm work. Paperwork. Eating. Sleeping. me.
Some while ago, I was talking to someone about Patrick Swayze’s wife and her book, Worth Fighting For: Love, Loss, and Moving Forward and this person said, “well, how tough could her grief have been? I mean, she’s found time to write a couple of books about it; seems to me she’s cashing in on her husband’s death.” I don’t recall I said anything because I didn’t know what to say but, last week I saw Lisa Niemi Swayze‘s book at the library and brought it home to read. Later, I stated doing i-net searches on her, her husband, grief and have found some interesting material.
One person berated Lisa for taking off her wedding ring and taking on her husband’s last name. Apparently, Lisa and Patrick were married for more than three decades and she waited to take his last name after he died. Now, I don’t know any of this for sure; it’s just what I’ve read on the i-net and, too often, that’s like rumors and opinions and y’alll know what’s said about those.
Anyway, I think I understand why she took her husband’s last name, now, months after he’s died. They didn’t have any children and the longer one is dead, the more people forget. That’s one of the things that hurts so dreadfully; people forget. Even worse, they don’t want to listen when, once again, someone brings up the name Patrick, Dave or you fill in the name of your loved one gone ahead.
About her book: it’s helping me simply because she’s so dang honest and honesty is something I appreciate even when I don’t like it. 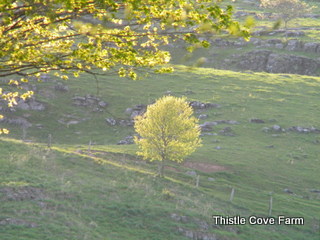 When Dave got sick, early days in treatment were terrible horrible difficult and sometimes I responded unkindly not so well. It made makes me furious Dave would do things that, deliberately, put him behind the eight ball and caused him to regress and not move forward. Yes, I realized it was Dave’s decision, always, to do what he thought best wanted to do for himself but I hated when those decisions would put him in hospital, fighting for his life. I hated the fights we had when I didn’t handle his crummy decisions with grace and kindness. I hated I loved him so much I despised his decisions that put him at even greater risk.
I hated when so-called friends couldn’t handle cope deal with Dave’s illness and used any excuse to stay away. One acquaintance thought we were close enough she could ask us for $6K loan. Mind, this woman is someone neither Dave nor I ever met and only knew through e-mails. When she found out we were not that close and two  months later when I told her Dave had cancer, she never responded. Yes, that’s right…we’ve never heard from her again. So, was it not loaning her the $6K or Dave had cancer…hmmmmm… yet, her by-line is “love you. mean it.” Seriously?
Another woman whom I’ve known for more than four decades wrote me a letter, making sure it arrived two or three days after Dave was buried, and said, “I’m now a liberal and we have nothing in common.” WOW! Did she honestly think her political leanings weren’t known or that we cared? For  Dave’s sake, I still hate she was so lacking in basic human decency she couldn’t didn’t send Dave a card, e-mail or even pick up the stinkin’ telephone while he was fighting for his life. And, yes, she did know because she referenced his illness in her letter to me. One favor she did, she let me know her friendship is conditional so neither of us have to waste any more time on the other. Thanks!
If you’re a regular reader, you know I recently wrote this: “Dave would tell me, It’s my job to protect and provide for you and my family.” I’d reply, “And it’s my job to take care of you.”
In his fight with cancer, doctors, nurses, “friends” I became Dave’s protector and would, sometimes quite fiercely, get between Dave and them. I would threaten, cajole, plead, beg and do whatever I had to do to protect Dave. It didn’t matter what people thought of me as long as Dave was protected and shielded.
Now, he’s dead, grief my constant companion and I am my own protector. People, again not friends and in some instances not even acquaintances but merely someone whom I’ve met, tell me how and when and why I should deal with grief, set it aside, get on with my life.

To quote Brenda Leigh Johnson, “Why thank yew. Thank yew so much.”
NOT! 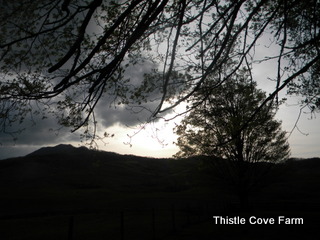 I’ve written before about the Stages of Grief and am finding out there is more insight into grief and the grieving process. Dr. Ursula Weide writes “Can Grief be Brief?” and knows first hand because her husband died at age 47. Dr. Weide is a Fellow in Thanatology and her writings have helped me are helping me understand I’m not losing my mind nor getting dementia. Traumatic bereavement is Very Real and, in my words, it takes as long as it takes. There’s no magic pill, no amount of exercise, no amount of prayer that will put me on the other side until I get there. I can’t predict the triggers that will render me impotent, on my belly on the kitchen floor, sobbing my heart out. I can only hope and pray those triggers continue to happen at home and not in public but…it is what it is. Grief, my grief, isn’t pretty; it’s raw, a gaping, messy wound that rips naked emotion out of me and brings dark thoughts. Grief is physical: my muscles hurt and joints ache and I feel I age a decade every hour. I wrestle with life and, most days, it’s a violent effort to stay upright much less move forward. I am in mortal combat.

Beloved, I continue to struggle.