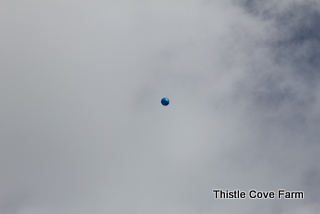 ~ untethered ~
I slurp when I drink hot
coffee or tea but you already knew that, didn’t you? You were just
too kind to mention it to me. That’s one of the things I, already,
miss most. Your kindness. Oh, don’t get me wrong; you could be meaner
than a two-headed snake when provoked but, ninety-nine percent of time,
you were kind. In fact, I’m having trouble remembering those un-kind
moments…so I won’t try.
Today is the first week
anniversary of your death. Will it always be thus? Counting the days,
the weeks, the months, the years, the decades? Will it always hurt
this much? I hope not. It’s easy to see how people make really dumb
mistakes when under duress. I find myself telling people things that
are totally stupid, perhaps even, unintentionally, hurtful but my
brain doesn’t suss it out until later then I apologize only to have
someone give me the gift of grace and say, “It wasn’t meant that
way nor did I take it that way.”
Although Melvin performed,
heroically, CPR for more than half an hour, you died instantly; your
great heart simply stopped. Another gift of grace; bless the name of God.
Daniel and Charles heard their pagers go off and they came quickly;
they helped keep the dogs calm. Melvin told me Sam P. Spade, Secret
Agent parked himself at the bathroom door entrance and watched,
carefully and intently, as you kneeled over Dave. Elizabeth and
Mike, along with the rest of their EMT team came and they also did
everything they could. It wasn’t enough; God’s love for you was
greater than my love for you and you went Home. You were needed there
more than here…how can that possibly be? God granted
you those last two gifts you so desperately wanted. He spared you the
agony of the worsening pain of cancer and you died at home. For some
reason, He choose not to give me my request; to be at your side at
the end, yet I trust Him. His ways are not my ways…still, Beloved, I am struggling. 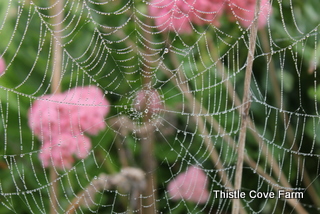 I was preparing for Mom
and Daddy’s 60th wedding anniversary party when Melvin got
in touch with me. Until I understood, it was chaotic but there was
nothing I could do at home so I stayed to do what I was asked to do
for Mom and Daddy. It was surreal though, Dave, and I felt split in
two, at one and the same time, floating and wading through mire. Beloved, I am struggling.


Stephanie came home with
me; we drove the truck back, loaded to the gills with furniture
picked up along the way. Your Grandmother’s pink, horsehair Victorian
era sofa is now in our parlor just as you wanted. I’m not having
it, nor the matching chair, re-covered. Perhaps, in time, I’ll change
my mind but now, for the immediate future, no more changes, please.
No more changes. Steph and I also towed the new to me 1965 Scotty
“canned ham” vintage camper. You know I’ll never sell it, don’t
you, Dave? We bought that, sight unseen, when we were in South
Carolina last month. Steph called me to say, “I found it!” and
you and I bought it via e-mail, telephone and snail mail. What fun
even though I knew you’d never go camping with me. You said, “We’ll
buy it for you because that’s been a dream since I first met you but
I’m not camping. The last time I camped, Uncle Sam paid me.”
Looking back, we crammed
as much life into living these last few months as anyone could have
done. Did you know? Did you have some sort of premonition? I didn’t.
I thought we’d have until spring, at least until my birthday before we’d say
good-bye. His ways are not my ways…Beloved, I’m struggling.
Dave, I kept my promises
to you; no open casket and no public histrionics. There were almost
one hundred people at visitation on Tuesday night. The casket was
re-claimed barn wood made by the Amish and draped with the first
quilt I ever made. When I’d complained about my mistakes, you’d say,
“It’s beautiful to me” and, towards the end, you asked if I
minded draping it over the casket. Now I wish I had a picture but
what I do have is the rocking chair they made from the same barn
wood. It’s in the kitchen where you used to sit; it brings me
comfort. 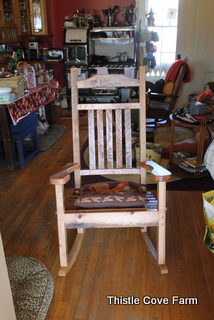 You remember all those
photos you picked out when you found out you had cancer? Kyle was
here and he made it so we could see them on a television at the
visitation; I think that was the first time they’d ever had photos on television at
the funeral home. Everyone love watching the photos; the funeral director
did a fabulous job. Bob and Joan said, “Dave’s was a life well
lived!” Wasn’t that nice? It was also wonderfully true.
I’ve always hated those
little pieces of paper at funerals so Kyle and I put together a
program, he had it printed and it was made available at visitation
and graveside service. We used a Celtic knot border and, in each
corner, the Trinity symbol. Kyle did a great job; it was lovely.
Dawn, a blogger friend,
gave the surprise gift of doing Sabbath Keeping last Sunday; the
first quote was by J.M.M.Barrie from Peter Pan, “To die will be an
awfully big adventure.” You like that, eh? I can see you chuckling
now. That was on the second page of your program; Dawn had so
many wonderful quotes; they blessed me so much! So many from Tazewell and the e-community have written nice notes. Misha sent a lot of them and Timi,
Jane and Lance have kept in touch via e-mail; they know you because
they know me. What a wonderful gift you gave me this summer…that
trip to Eastern Europe where friendships were made and forged. How
you have blessed me all these years!
Graveside service at
Hollywood Cemetery was, dare I say it, lovely. The day was beautiful;
warmish and the overhead canopy of trees still shedding autumn leaves
as sunlight flitted through almost bare branches. JW drove me, another gracious gift, and
when we arrived, you were already there. There were so many people
who came to show their love and respect for you. Jerome, of course,
was late but only a minute or two. I loved it, such a sense of
“normalcy” because he’s always late. After the piper played
“Going Home”, Jerome opened the service and then you would have
laughed. Jerome said while he didn’t know you well, he knew enough to
know you were a man of strong character and will, secure in your
masculinity and loved living with me on the farm. Then he said he
knew these things because he knew me and it would take such a man to
marry me. Everyone laughed; it’s all true.
Dewey spoke next and
talked of the times y’all had as stock brokers. He said, “Dave was
steady and consistent, no one had to worry that the Dave they saw on
Thursday was a different Dave they saw last Monday.” He said you
had a moral compass that was true north. When he said that, my
universe tilted, again, because I realized I was your magnet and I’d
lost my bearing. God is my help meet now but I’m still tilted, still
struggling, still off center and trying to find true north. Although
you tried to prepare me, time and time again, the lessons didn’t take
as well as you’d hope. Beloved, I am struggling.
The American Legion folded
and presented the American flag and thanked me, on behalf of a
grateful nation, for your service. They gave you a 21-gun salute and
played taps then Tom, the piper, played Amazing Grace. At the third
verse, he turned and began walking away; we were left with the
lingering notes of the pipes wafting across the graves. Everything,
save the most important thing, was perfect. You were there but as the
guest of honour, not by my side as you’ve been lo, these many years.
As many as wanted went to
O’Tooles for sharing, caring, a meal, a beer or ice tea. I didn’t
want anything but then saw Carol had a dark beer; that piqued my
interest so Joe ordered me one. It’s called Legend by a Richmond
micro-brewery; how appropriate! 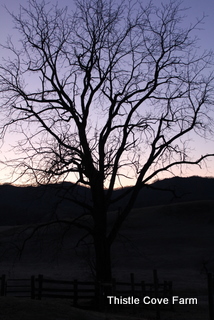 So, here I am back to the
first week of firsts. Daniel comes, almost every night, to check on
me, yet another gracious gift. Gaynell just called to check on me,
Steph calls every day and others call and send cards. People are so kind but
my heart is torn. It’s almost too much to bear yet I don’t want them
to not come by, to not call. Again, there’s that feeling of being
split in two, at one and the same time, floating and wading through
mire. You were right, the loneliness is unbearable but I was right
too. The dogs, although grieving, still need to be fed and I try, as
much as possible, to help them grieve. I’m taking life slow and am
hunkering down for the winter. Thistle Cove Farm will nurture and
hold me close against the cold winds of winter; God will nurture and
hold me close against the loss of you. Beloved, I’m struggling.
Blessings ~ Dave, a life
well lived ~ people who came to visitation and graveside to show
their love and respect for Dave ~ God, who holds me in His righteous
right hand of mercy ~
Share
Pin
Email
« Dave Bricker
Sabbath Keeping »