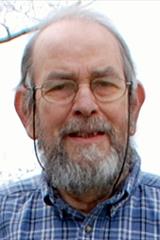 TAZEWELL, Va. — Forrest David Bricker, age 66, of The Cove in Tazewell, Va., died Saturday, November 5, 2011 at his home on Thistle Cove Farm. Born May 7, 1945 at Ravenna Arsenal, Ohio, he was a son of the late Forrest Davis Bricker and Mary Crockett Bowen Bricker. He was a graduate of Beaver High School and graduated with honors from West Virginia University. Dave was a U.S. Army Veteran, honorably discharged with the rank of Captain. He was a retired stock broker, and currently served as President of Sibley Coal & Coke Company, Manager of Sibley Communications & Energy, and was Director of Logistics for Sibley Communications, all of Bluefield, W.Va. In addition to his parents, he was preceded in death by his first wife, Catherine Wirtz Bricker.

He is survived by his wife, Sandra Bennett; one sister, Carol Bricker Pharr of Earlysville, Va.; many family members including, nieces, a nephew, cousins, an uncle, in-laws and friends.

Graveside services and interment will be at Hollywood Cemetery in Richmond, Va. on Wednesday, November 9, 2011 with Pastor Jerome Hancock of the Southside Church of the Nazarene  and Pastor George Ferguson officiating.

In lieu of flowers, Dave’s request was that you take someone special out to dinner.


Blessings ~ me, for having twenty-two beautiful years with Dave ~