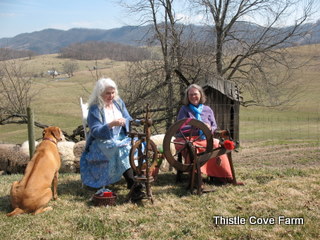 Leslie Shelor has been a friend for many years, perhaps more than a decade, but I’m not sure because my memory is faulty. We’ve known each other through ups and downs, good times and bad and even the two hour drive between us hasn’t dampened our friendship. Leslie is one of those people you feel like you’ve known for years and while she’s physically beautiful, she’s also as plain as an old shoe. That’s one of those “Southernisms” that mean, you go to Leslie’s house and you go home. In all the years I’ve known Leslie, it’s only been in the past few years I realized her brother, Sammy, was Sammy Shelor. As in The Sammy Shelor which Leslie finds totally amusing. For lo these many decades, she’s always been Sammy’s big sister, Leslie, and never has it been Leslie’s little brother, Sammy.

Oh well, trust me to get it backwards!
-LOL-
Sorry, Sammy! 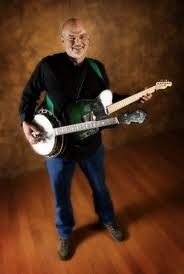 If y’all know anything about bluegrass music…and by anything, I mean more than I know…you know Sammy Shelor is the undisputed Banjo Pickers King. From 1995 to 1998 he won the International Bluegrass Music Association’s –IBMA– Banjo Picker of the Year award…people, that’s four straight years! The Lonesome River Band celebrates their 30th anniversary this month and this year, 2011, the Lonesome River Band has five IBMA nominations.

Additionally, this year, Sammy has been nominated IBMA Banjo Performer of the year and…and…now I feel like one of those infomercials -grin-…that’s not all…Sammy won the Steve Martin Prize for Excellence in Banjo and Bluegrass award! How cool is that, I ask?! Yeah, *that* Steve Martin is a killer banjo player in his own right, indecently talented in wide venues and a right nice guy to boot. As is Sammy. I’ve met him a few times, when I’ve been visiting Leslie, but I never have much to say other than “hi”. Stellar, eh? -LOL- I’m not one for gushing and the only thing I can play is the radio so Sammy and I don’t have a lot in common. His wife, Sue, is almost as quiet but we do have tourism in common so it’s easier to talk with her. The NY Times Artsbeat had a nice article so please read.

More good news…Steve Martin and the Steep Canyon Rangers are up for five IBMA nominations of their own.

Leslie, I bet you’re pretty proud of ole Sammy! We all are, Leslie, we all are.