Thank y’all for bearing with me while I’ve been traveling. I-net access has been sparse and, generally,it  takes a lot of time to update when i-net is available. Rarely have I commented on your blogs but that’s due to time and resource constraints and not lack of interest. I have two days left before I fly back to the States and am packing like a mad woman, trying to get everything in suitcases. I had to go out and buy a suitcase, five actually because there were “nested”, so I could get things home. I didn’t buy that much but what I bought eats huge amounts of space and UPS wanted 800 EU’s to ship eleven kilos, less than twenty-five pounds! 800 EU’s is about $1200 and DHL wanted 500 EU’s…I don’t even think so! I can pay the extra suitcase fee on USAir for under $50…guess what I’m doing? Right now, I’m in Piestany, Slovakia and trying, madly, to update the blog but it’s slow going. Time is compressing and there’s lots to be done before I leave for the Vienna Airport tomorrow at noon. I’ve been here since Tuesday, when our tour group was delivered here and not Bratislava as the original agenda indicated. There’s been a lot of deviation from that original agenda and most tour goers have been in varying stages of upset, myself included. That’s another story for another time but I left the tour group on Wednesday and moved to a different hotel…a spaaaaaah hotel -smile- and have been, happily ensconced ever since. My tired, exhausted body has had treatments every day and I am, finally, beginning to throw off the negative energy that surrounded the last few days of the tour. That’s not to say it was bad because it was a great vacation   but it was stressful and consumed vast amounts of energy leaving me in an emotional state not conducive to peace and harmony. Fortunately, the spaaaaaah hotel has changed all that and I am rested, content and ready to return home and to whatever lies ahead. I hear the garden is going gangbusters so that means I’ll be canning, drying, preserving and, generally, putting up food for the next few weeks. Bliss! In the meantime…
would you like to see some photos of market life in Romania? 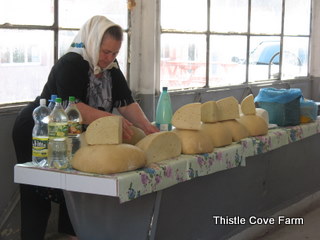 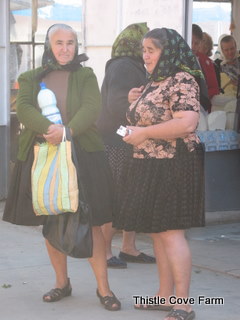 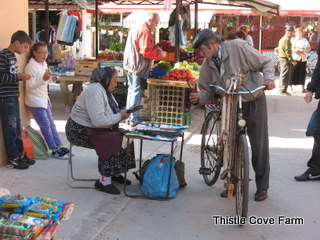 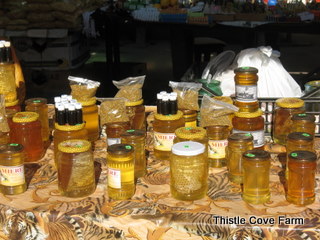 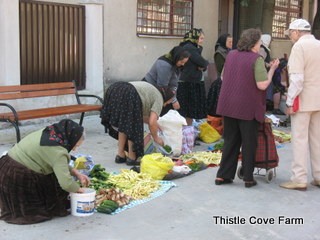 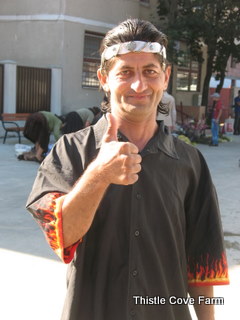 ~ take my picture, please ~
This feller saw me taking photos and chased me down, tapped me on the shoulder and mimed, “take my photo”…so I did and made a new friend. 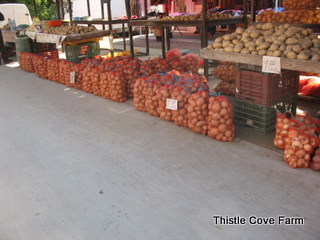 This reminds me…wonder if I’ll have this many potatoes to dig when I get home? I hear the garden is fabulous! 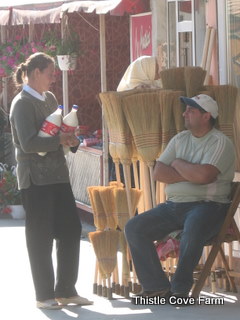 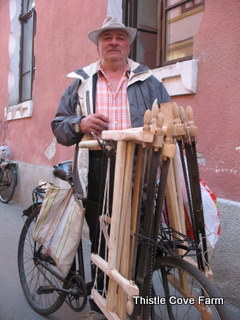 ~ maker and seller of saws ~ 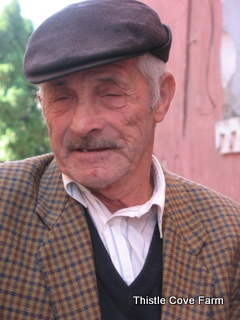 ~ saw seller’s friend ~
The saw seller and this dapper gentleman were talking when I approached. I hated taking one’s photo and not the other; both were kindly accommodating. 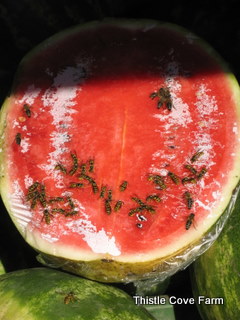 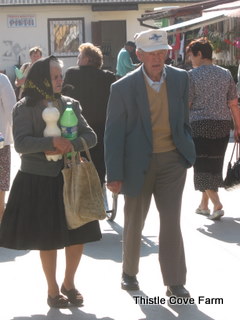 It was a good market day no matter which market we visited and we visited more than a few. I love markets – farmers, flea, junk, antique – you name it and I love it. There’s a vibrancy to people buying and selling, produce on display, saws, clothing, shoes; whatever people need, it can be found at a market.