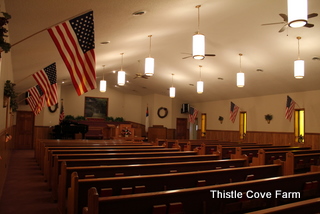 Declaration of Independence
“IN CONGRESS, July 4, 1776.

The unanimous Declaration of the thirteen united States of America,
When in the Course of human events, it becomes necessary for one people to dissolve the political bands which have connected them with another, and to assume among the powers of the earth, the separate and equal station to which the Laws of Nature and of Nature’s God entitle them, a decent respect to the opinions of mankind requires that they should declare the causes which impel them to the separation.
We hold these truths to be self-evident, that all men are created equal, that they are endowed by their Creator with certain unalienable Rights, that among these are Life, Liberty and the pursuit of Happiness.–That to secure these rights, Governments are instituted among Men, deriving their just powers from the consent of the governed, –That whenever any Form of Government becomes destructive of these ends, it is the Right of the People to alter or to abolish it, and to institute new Government, laying its foundation on such principles and organizing its powers in such form, as to them shall seem most likely to effect their Safety and Happiness. Prudence, indeed, will dictate that Governments long established should not be changed for light and transient causes; and accordingly all experience hath shewn, that mankind are more disposed to suffer, while evils are sufferable, than to right themselves by abolishing the forms to which they are accustomed. But when a long train of abuses and usurpations, pursuing invariably the same Object evinces a design to reduce them under absolute Despotism, it is their right, it is their duty, to throw off such Government, and to provide new Guards for their future security.–Such has been the patient sufferance of these Colonies; and such is now the necessity which constrains them to alter their former Systems of Government. The history of the present King of Great Britain is a history of repeated injuries and usurpations, all having in direct object the establishment of an absolute Tyranny over these States. To prove this, let Facts be submitted to a candid world. …”

Constitution of the United States of America

“We the People of the United States, in Order to form a more perfect Union, establish Justice, insure domestic Tranquility, provide for the common defence, promote the general Welfare, and secure the Blessings of Liberty to ourselves and our Posterity, do ordain and establish this Constitution for the United States of America. …”

Congress of the United States
begun and held at the City of New-York, on
Wednesday the fourth of March, one thousand seven hundred and eighty nine.
THE Conventions of a number of the States, having at the time of their adopting the Constitution, expressed a desire, in order to prevent misconstruction or abuse of its powers, that further declaratory and restrictive clauses should be added: And as extending the ground of public confidence in the Government, will best ensure the beneficent ends of its institution.
RESOLVED by the Senate and House of Representatives of the United States of America, in Congress assembled, two thirds of both Houses concurring, that the following Articles be proposed to the Legislatures of the several States, as amendments to the Constitution of the United States, all, or any of which Articles, when ratified by three fourths of the said Legislatures, to be valid to all intents and purposes, as part of the said Constitution; viz.
ARTICLES in addition to, and Amendment of the Constitution of the United States of America, proposed by Congress, and ratified by the Legislatures of the several States, pursuant to the fifth Article of the original Constitution. …”

The Manhattan Declaration
“We, as Orthodox, Catholic, and Evangelical Christians, have gathered, beginning in New York on September 28, 2009, to make the following declaration, which we sign as individuals, not on behalf of our organizations, but speaking to and from our communities. We act together in obedience to the one true God, the triune God of holiness and love, who has laid total claim on our lives and by that claim calls us with believers in all ages and all nations to seek and defend the good of all who bear his image. We set forth this declaration in light of the truth that is grounded in Holy Scripture, in natural human reason (which is itself, in our view, the gift of a beneficent God), and in the very nature of the human person. We call upon all people of goodwill, believers and non-believers alike, to consider carefully and reflect critically on the issues we here address as we, with St. Paul, commend this appeal to everyone’s conscience in the sight of God.

While the whole scope of Christian moral concern, including a special concern for the poor and vulnerable, claims our attention, we are especially troubled that in our nation today the lives of the unborn, the disabled, and the elderly are severely threatened; that the institution of marriage, already buffeted by promiscuity, infidelity and divorce, is in jeopardy of being redefined to accommodate fashionable ideologies; that freedom of religion and the rights of conscience are gravely jeopardized by those who would use the instruments of coercion to compel persons of faith to compromise their deepest convictions.

Because the sanctity of human life, the dignity of marriage as a union of husband and wife, and the freedom of conscience and religion are foundational principles of justice and the common good, we are compelled by our Christian faith to speak and act in their defense. In this declaration we affirm: 1) the profound, inherent, and equal dignity of every human being as a creature fashioned in the very image of God, possessing inherent rights of equal dignity and life; 2) marriage as a conjugal union of man and woman, ordained by God from the creation, and historically understood by believers and non-believers alike, to be the most basic institution in society and; 3) religious liberty, which is grounded in the character of God, the example of Christ, and the inherent freedom and dignity of human beings created in the divine image.

We are Christians who have joined together across historic lines of ecclesial differences to affirm our right—and, more importantly, to embrace our obligation—to speak and act in defense of these truths. We pledge to each other, and to our fellow believers, that no power on earth, be it cultural or political, will intimidate us into silence or acquiescence. It is our duty to proclaim the Gospel of our Lord and Savior Jesus Christ in its fullness, both in season and out of season. May God help us not to fail in that duty. …”