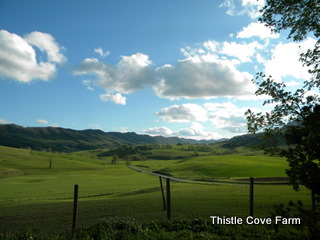 ~ after the storm ~
“I can do all things through Christ which strengtheneth me.”
~ Philippians 4:13 ~
“We know that in the moral, as in the physical order, nature abhors a vacancy. Consciously or unconsciously, as the years go by, all men more and more submit their lives to some allegiance; with whatever uncertainty and changefulness, some one motive, or group of motives, grows stronger and stronger in them; they tend, at least, to bring every thought into captivity to some one obedience. For better or for worse, things which seemed difficult or impossible a few years ago will come almost naturally to a man a few years hence; he will have got accustomed to take a certain course, to obey certain impulses or principles wherever they appear. We may indeed distinguish three states in which a man may be. He may be yielding his heart more and more to the love of self, in whatsoever way of pride, or avarice, or lust, or sloth. Or he may be yielding his heart more and more to the love of God, falteringly, it may be, with many struggles and failures, but still really getting to love God more, to move more readily and more loyally to do God’s will wherever he sees it. Or, thirdly, he may be like the man of whom our Lord spoke. He may, by God’s grace, have cast out an evil spirit from his heart; he may have broken away from the mastery of some bad passion, some tyrannous hunger or hatred; and he may be poised, as it were, between the one love and the other. Ah! but that can only be for a very little while. That balance never lasts; one way or the other the will must incline; one service or the other must be chosen, and that soon.” ~ Francis Paget ~
“Being deeply loved by someone gives you strength, while loving someone deeply gives you courage.”
~ Lao Tzu ~
“Don’t wish me happiness-I don’t expect to be happy, it’s gotten beyond that, somehow.
Wish me courage and strength and a sense of humor-I will need them all.”
~ Anne Morrow Lindbergh ~
“Solitude is strength; to depend on the presence of the crowd is weakness. The man who needs a mob to nerve him is much more alone than he imagines.” ~ Paul Brunton ~
“There are two ways of exerting one’s strength: one is pushing down, the other is pulling up.”
~ Booker T. Washington ~
“If God sends us on strong paths, we are provided strong shoes.”
~ Corrie ten Boom ~

“Some people think it’s holding on that makes one strong – sometimes it’s letting go.” ~ unknown ~
“I pray that from his glorious, unlimited resources he will
empower you with inner strength through his Spirit.”
~ Ephesians 3:16 ~