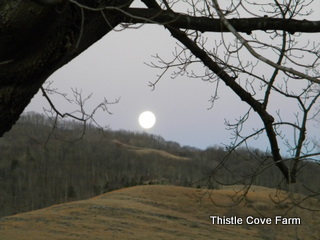 Sooooo much news…to begin, Antmee won the embroidered pink elephant and Jacque won the cup, lid and saucer. Lisa, A Whimsical Bohemian, has done it again! What a fabulous time was OWOH2011 and I’m happy to have taken part four out of five years. Lisa is retiring the OWOH name, asking no one use it as it was/is her “baby”, but is planning more great things for 2012. Visit her blog for the One World Our Art 2012 tour; it sounds like it’s going to be even better than OWOH…how is that possible, you ask? I don’t know but I do know Lisa and if she says it, it’s going to happen.

Yes, it’s true; Dave came home yesterday. Long story made shorter: last Friday, Daniel drove to Richmond to help us pack and return home. Daniel drove our truck and Dave and I our car and we all left at 10:00 a.m. Saturday. Dave was, what we used to call, puny; not feeling terrible, just not feeling good. He and I discussed our options and decided MCV had done all they could and any further appointments could, just as easily, be made with doctors at home, certainly in our region. He wanted to get home to see his regular doctor who knows Dave as a person, not as a packet of papers in a folder.

On the way home, Dave began to slip, just a tad. By the time we reached Wytheville, I was worried but Dave said, “keep going”. Bluefield was thirty minutes away and I took him straight to the ER. I drove up to the door, walked in and said, “my husband is in the car; he’s a patient of Dr. A.’s and an oncology patient and I think he’s crashing.” Within five minutes Dave was on a table and being stabilized. The decision was made to admit him to the ICU where he stayed for a few days, spent one day in a private room and came home yesterday. Thank You, God!

Some folks have questioned me putting our personal life on my blog. It’s a good question and my answer is this: when I chose to follow Christ, I chose to believe what the Bible says, even when I don’t much like what I read or even when I’m being convicted over how I’m living my life. As a Christian, I choose to live a life that’s vulnerable and open to speculation. If we can’t be honest with each other, if we can’t trust each other, if we can’t share our Christian walk…then what good is it to call ourselves a Christian? Not every Christian wants to be as open as I; that’s okay. God doesn’t deal with us all the same; He treats us as individuals and will also judge us as individuals. We’ll not be judged on the basis of what someone else has done but what we have done, solo. Bless Him!

Karen, I think, asked me why Jeremiah 29:11 as my Bible verse for the year. In a word, choice. Yes, I’ve had bad, terrible things foisted upon me by others and yes, it took me years to forgive but, eventually, I forgave. Yes, I’ve been unkind and said unkind things to others; I hope it doesn’t take them years to forgive me but it’s their choice and some friends or acquaintances are no longer around. From my vantage point, it looks like they wanted tolerance from me but were not willing to grant such a gift. They want to state their opinion as truth but not willing to listen to my statement, “our opinions don’t much matter. What does matter is: what does the word of God have to say about the matter?”

God gives us good, Lucifer gives us evil. As Joseph said to his brothers, “you meant it for evil, God used it for good.” A mistake I, too often, make is forgetting this season, this time is not what life is all about. We, as Christians, are being prepared for a future and eternity with God and these trying times are meant to strengthen us, fill us with the love of Christ, the comfort of the Holy Spirit and in doing so, to uplift each other and to help each other on the straight and narrow path.

So often, I get it all wrong. I’m a lousy Christian; just ask anyone who knows me and doesn’t like me. -smile- Yet, I keep trying. I keep calling on the name of God, expecting Him to answer and He always does. Maybe not by giving me the answer I want; after all, so often I want God’s permissive will and not His perfect will but He knows best for me. I choose to believe and trust God. Even when circumstances say otherwise; God knows the plans He has for me, to give me a future and a hope.

During these past months, you will never know, this side of the veil, what your notes, cards and comments have meant to me. One or more of three things is true and, in turn, has kept me steadfast and true:

Isn’t that what this Christian life is all about? Praying and loving one another; helping one another on the straight and narrow. All my life I’ve run across people who say in one way or another, “religion is for the birds. Look at those so-called Christians and what they’re doing.” And, those folks are right. Religion is for the birds and “so-called Christians” do un-Christian things because we’re human. Only Christ was perfect and able to live a perfect life and that brings me to the crux of the matter. It’s not about religion; it’s about Relationship. When a person decides to have an intimate relationship with Christ, they begin to understand and to live a life that’s fuller, more joyful, richer, happier and when struggles come…and they will come… when that person calls upon Christ for help and Christ helps, the Holy Spirit comforts and God answers prayers. As Einstein said, “There are only two ways to live your life. One is as though nothing is a miracle. The other is as though everything is a miracle.”