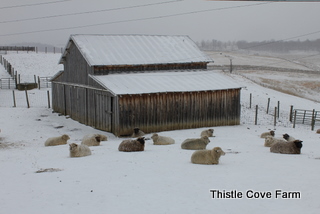 Tuesday morning, after Dave’s radiation and lunch at a Japanese restaurant -sushi for him, fried rice for me as I don’t eat bait …chuckle, snort, laugh… – I filled the car with gasoline and left for HOME!

“Peace, that was another name for home.” ~ Kathleen Norris ~
“Every house where love abides
And friendship is a guest,
Is surely home, and home sweet home
For there the heart can rest.”
~ Henry Van Dyke ~ 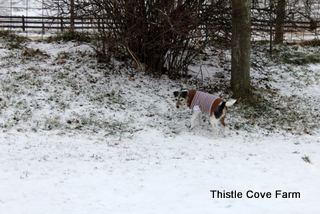 The pups were glad to see me yet no gladder than I to see them. We went out and played in the snow storm, visiting neighbors as they were feeding their cattle and sheep. In general, lovin’ being together. 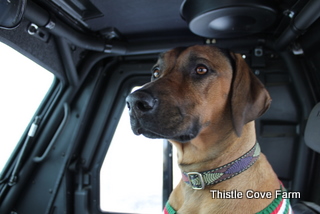 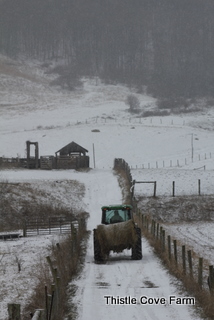 In our valley, we have several families whose families have been here for generations. Clinton is the eighth generation farming the land and Dave’s cousin, Rees B. VIII, wife and son, Rees IV, are living on the family farm. Roots go deep in this valley and, like so many people who farm and ranch, we try to be good stewards of what God has entrusted to us. Of course, the men around here say I’m a really, really good steward because my sheep have names, they die of old age, are long wool sheep, etc. -smile- 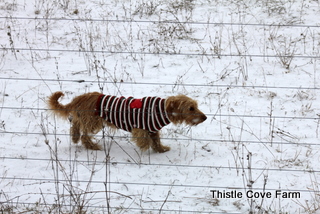 Russell works at a neighboring farm and was feeding cattle this morning. I asked him what kind of fish he’d fish for with that hook and he laughed and said, “a big ‘un!” 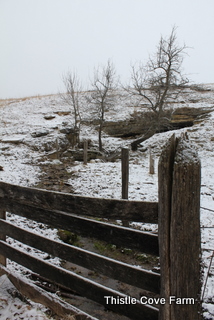 Our valley is the largest karst area in Virginia and one of the largest in the country. Limestone caves and caverns mean hard, sweet water though and our well water is the best I’ve ever tasted! If you’ve never tasted limestone well water you’re missing out and, nope, there’s nothing to compare. 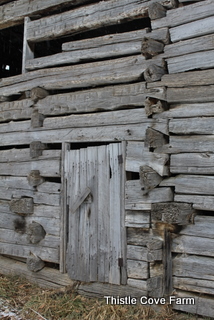 This old cabin still looks pretty strong; it’s standing long after the men who made it have passed away. Mainly, it’s used for storage but the mortise and tenon building technique ensures it’s still here, generations hence. 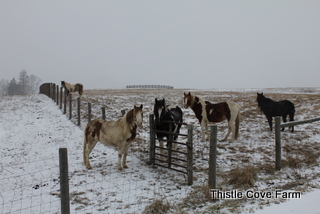 My American Curly horses have fabulous coats and, although they have shelter when they want it, they’ll stay outside in all save the worst weather. It has to be wind chills below zero, blowing snow and sleep and low temps before they’ll choose the barns for shelter. Click on the link above if you’d like more information about these hypoallergenic, gentle, curious creatures who were called “big red dogs” by the Lakota Sioux and only ridden by Chiefs and Medicine Men and, it should be noted, by the winning side at the Battle of the Little Big Horn. 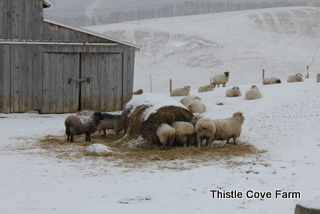 The sheep, like the horses, tend to eat the center first because that’s where the best, still sweet smelling alfalfa is located. They eat from both sides, eventually meeting in the center when the top will collapse, and they’ll continue eating until all the hay is gone.As the hay is eaten, more sheep can squeeze together and, towards the end, sometimes there will be four fannies to be seen as the heads are in the bale center.

“I had rather be on my farm than be emperor of the world.”
~ George Washington ~

Probably, while you’re reading this post, I’m on the road to Richmond. I’ve picked up my eyeglasses, accomplished some business for Dave and am ready to have Sunday to R&R before Monday and treatments. Yet, as said