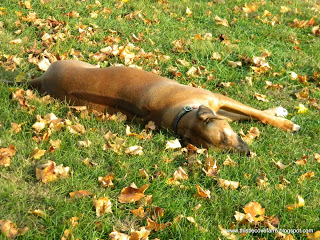 While I’m working on the photos “Faces” for a blog entry, thought some bits and pieces might be of interest.

A lunar eclipse takes place on December 21, also noteworthy because it’s the winter equinox solstice. The moon will pass behind the earth and block the sun’s rays from striking the moon. This can only happen when the earth is between the sun and a full moon. A lunar eclipse may be viewed from anywhere on earth’s night side and a particularly fun place from which to watch is Elqui Domos. I’d love to be there, wouldn’t you?

Amish America is all about the Amish and I found it extremely interesting. I’ve always been drawn to the simpler religions – the Brethren, Mennonites and such. More to the latter than the former as I do like my mod cons. -smile-

Providence Acres has a great tutorial for making fresh green wreaths…just in time for the hols. We’re fortunate to have a National Forrest at our back door and fresh greens for wreaths are free for the taking. This excellent tutorial has photos galore and well written instructions so if you want to have a wreath making party, you’re set to go.

Arnold Ahlert has written many excellent pieces and Multiculturalism speaks eloquently to our situation today. I find it disturbing the current trend, starting from the Big White House on down, the antipathy towards Jews. When Obama has set his path against the Jews, and thus the feet of the USA, he is leading us on a path that will end in our destruction.

NPR fired Juan Williams for telling the truth and this after his opinion was asked! NRP: “If we don’t do it, who will?” Well, NPR…most anyone, a heck of a lot better AND with their own money. If you hate corporations so much, why do you insist on taking their money in the form of commercials “sponsorship”? If you hate free speech so much, why do you allow people liberals, on NPR, to say rude things about Christians, conservatives, etc.? Sometimes I listen to NPR and find it enjoyable to listen for free as I have no intention of ever sending you money again. At least, not from my personal checkbook. You’ll still receive my money in the form of tax slave dollars but, hopefully, that will stop if the GOP or Tea Party gains majority office.

Frankly, I’m with Mr. Williams. When I get on an airplane and see Muslims in their robes and hoods, I feel a not so small frisson. If someone were to board that same airplane in a white robe and hood, do you think they would be as well received? HAHAHAHAHAHAHAHAHA written in a sarcastic tone and no, I’m not suggesting it should happen but I also don’t agree with coverings that veil the face in any way.

NPR is a bully. A bully of the worst sort. A bully who can, and will, make any liberal statement they want and then fire someone for making conservative comments and Mr. Williams didn’t even say them on NPR! Ellen Weiss is the hatchet woman who fired Mr. Williams; I am reminded of Martin Niemoeller‘s message:

I’m told feedly is a great way to organize one’s blog reads in a magazine type format. If you check it out, let me know how difficult it is as I’m feeling a trifle overwhelmed right now to do any geeky stuff.

Kickstarter funds creativity. You come up with an idea, obtain matching funding they your project will see the light of day.  It’s not free money, it’s free matching money…great idea!

In addition to the rest of life, I’m busy making things for the December Draper craft show. That means dyeing yarn and roving, knitting scarves, hats and fingerless mitts, making quilts, etc. I’ll drag one of my spinning wheels, a rag rug loom and a bunch of other stuff so I can demonstrate throughout the day. It’s to help a friend and a good cause, more info to follow.

Speaking of more to follow…just downloaded the Paint Lick Ride pictures and will begin work on that entry. It was a glorious day, the photos don’t do it justice, but will have to suffice.

Tempus Fugit and Carpe Diem. It’s a high wire act but with God’s grace and mercy, we’ll get through.