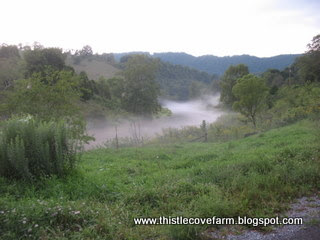 In August, we had fog every morning save two and that means a snow for every fog…twenty-nine. It doesn’t look as much as 29 but it’s still the same thing…a whole lotta bunches of snow coming on and I’m scurrying to ready the farm and home. Oh yeah, the back thing. My back is a lot better and that’s a good thing because the work doesn’t wait but it does pile up. We have three horses that are in hospital again and that means they are in a short lot, needing attention and meds twice a day and special food. Misha sent me a couple of grazing muzzles and, eventually, they will be put to use but for now, the horses are on a  short lot until they are more stable. If you’re one of those people who think grazing muzzles are cruel, then let’s just agree to disagree, okay? I’m a trifle cranky from being on my feet for more than twelve hours and as long as we pay the taxes around here, we’re the only ones who get a vote. 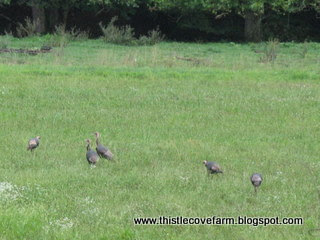 We’re seeing a lot of wild turkeys this autumn and a lot of deer; I only hope there’s plenty of food for them this winter. I hate to see anything go hungry which is, in part, why I’ve got horse troubles. I tend to err on the side of “here, have something more to eat.” Okay for humans, not so much for horses. 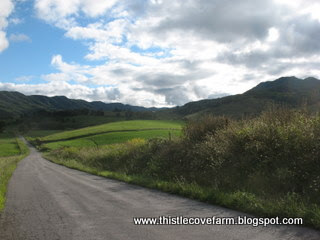 Cove Road is where we live; isn’t it beautiful? We’re having a lovely Autumn and, yes, I do know it’s not truly Autumn but we’re close…so very close. The temperatures have been a trifle cooler and I’m loving not having to work for each breath. 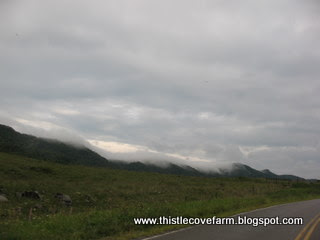 ~ fog rolling over the mountains ~

I dearly love watching the fog roll over the mountains. You can see it coming for miles and miles and it blankets everything with white and it also makes everything sort of sound proof. Sound doesn’t carry as well in a fog and scent hugs the ground making it a wonderland for dogs. Animals go to ground in a heavy fog, finding shelter and waiting it out until the sun shines again. 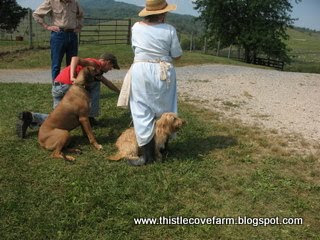 ~ Sam, watching from a safe place ~

For whatever reason, Sam didn’t take a liking to our horse vet and, at the end of the morning, he took a safe position between my legs. “You wanna a piece of me, ya gotta come through Mom first!” He and Sadie are such winsome little characters.

Thankfully, tomorrow is Sunday and as we keep the Sabbath, I’ll do little more than tend to animals, go to church, fix lunch and hold down the porch furniture while I’m knitting or reading. I’ve been turning out projects soon to be showcased in my Studio. Today, someone came to interview me for a magazine article and commissioned me to knit her a scarf in Autumnal colors. Guess I’ll have to knit two of those as those are my colors as well -smile.

Did you notice my Thistle Cove Farm button to the upper left? Sandra drew and Angela made it into a button; clever women both! Thank you Angela and Sandra; well done indeed! Now, to figure out how to add a navigation bar so I can link to my Studio, Farm Maven and Farm sites.