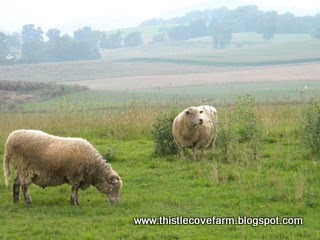 ~ the sheep of His pasture ~

“Mankind, East and West, Christian and Muslim, accepted the Jewish conviction that there is only one G-d. Today it is polytheism that is so difficult to understand, that is so unthinkable.”
~  T. R. Grover, The Ancient World, page 186 ~

“There is a famous story in which the Kaiser asks Bismark, “Can you prove the existence of God?” Bismark replies, “The Jews, your majesty. The Jews.”

“Small minds discuss people. Average minds discuss events. Great minds discuss ideas.”
~ unknown ~
“Intelligent people know of what they speak; fools speak of what they know.”
~ Minchas Shabbos Pirkei Ayos 3:18 / Ethnics Of The Fathers ~
“Death is merely moving from one home to another. The wise man will spend his main efforts in trying to make his future home the more beautiful one.” and “For the believer, there are no questions. For the skeptic and agnostic there are no answers.”
~ Rabbi Menachem Mendel Morgenstern of Tomashoy ~
“The world says that time is money, but I say that money is time. In order to earn enough money to satisfy his desires, one must sacrifice inordinate amounts of time. For me, that sacrifice is too great.”
~ Chofetz Chaim ~
“…if statistics are right, the Jews constitute but one percent of the human race. It suggests a nebulous dim puff of stardust lost in the blaze of the Milky way. Properly, the Jew ought hardly to be heard of, but he is heard of, has always been heard of. He is as prominent on the planet as any other people, and his commercial importance is extravagantly out of proportion to the smallness of his bulk. His contributions to the world’s list of great names in literature, science, art, music, finance, medicine, and abstruse learning are also away out of proportion to the weakness of his numbers. He has made a marvelous fight in this world, in all the ages; and had done it with his hands tied behind him. He could be vain of himself, and be excused for it.
The Egyptian, the Babylonian, the the Persian rose, filled the planet with sound and splendor, then faded to dream-stuff and passed away; the Greek and the Roman followed; and made a vast noise, and they are gone; other people have sprung up and held their torch high for a time, but it burned out, and they sit in twilight now, or have vanished. The Jew saw them all, beat them all, and is now what he always was, exhibiting no decadence, no infirmities of age, no weakening of his parts, no slowing of his energies, no dulling of his alert and aggressive mind. All things are mortal but the Jew; all other forces pass, but he remains. What is the secret of his immortality?” ~ Mark Twain, “Concerning The Jews”, Harper’s Magazine, 1899; see The Complete Essays of Mark Twain, Doubleday, 1963, page 249 ~
“Intolerance lies at the core of evil.
Not the intolerance that results
from any threat or danger.
but intolerance of another being who dares to exist.
Intolerance without cause. It is so deep within us,
because every human being secretly desires
the entire universe to himself.
Our only way out is to learn
compassion without cause. To care for each other
simply because that ‘other’ exists.”
~ Rabbi Menachem Mendel ~

“Praise be to the LORD, who has given rest to his people Israel just as he promised. No one word has failed of all the good promises he gave through his servant Moses.” ~ I Kings 8:56 ~

Share
Pin
Email
« You’re all Winners, but…
Arts and Crafts in Southwest Virginia »