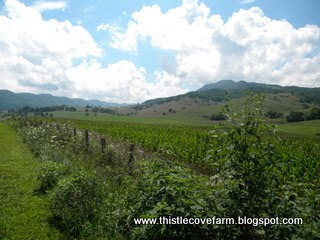 Arts and Crafts are alive and well in southwest Virginia; always have been, always will be. In past years, they were called “livelihood” and were meant to hold body and soul together, a tightly knit unit against the harsh winters and conditions of my beloved Appalachian Mountains. “There’s nothing new under the sun” and that includes whatever work our busy hands find. From early, early days when Adam and Eve fashioned clothing out of fig leaves to yesterday when I spun yarn from my sheep wool, the art of making a living has enthralled many of us, generally for many reasons. The days of “having” to spin, bake bread, quilt, sew, weave, churn, etc. have gone by the wayside and now I do those things because they add meaning to my life, life to my years and provide me with nourishment of both physical and spiritual kind.

Decades ago, I was graduated from Virginia Commonwealth University, in Richmond, with a Bachelor of Science degree in Recreation, Parks and Tourism. At that time, VCU was a leader in the tourism education industry but I understand the “powers that be” have, unfortunately, lost focus and vision and that particular program no longer exists. A shame as tourism, along with agriculture, is in the top handful, probably top two or three, industries the world over. At any rate, tourism has been my focus and vision for many decades and when we moved to Thistle Cove Farm, I added Agri-tourism to the mix.

We bought the farm in May, 1995 and that September, I was hosting a couple of bus loads of elementary age children who came to the Cove for a tour. I gave them a tour of the house, under renovation, of the kitchen and medicinal herb garden and then walked them around the yard and told them some of the history of the Cove. My own mini-industry was born and, ever since, I’ve given Farm Tours to folks interested in Appalachia, agriculture, arts and crafts. It’s been delightful, sharing our farm and what we do, letting the children climb onto my lap and try their hand at spinning yarn on a spinning wheel, letting them use a drop spindle. Sometimes we use Kool-Aid to dye yarn and that’s always a winner with the small fry.

The Lost Arts Guild was started shortly after we moved here and exists to showcase those folks who are making things, one at a time, with their hands.  The blog needs updating but, if you visit, you’ll get an idea of who we are and what we do. I encourage other members to update but that, rarely, happens as everyone is busy making a living.

Over the years, we’ve had people come to the farm to shoot commercials, videos, folks who were writing books or magazine articles and, in the last, half dozen years other, like-minded, people have banded together to promote arts and crafts in southwest Virginia. “Round the Mountain Southwest Virginia’s Artisan Network is a non-profit organization whose mission is to promote sustainable economic development of the region’s communities by assisting local artisans with marketing, educational, and entrepreneurial opportunities.” 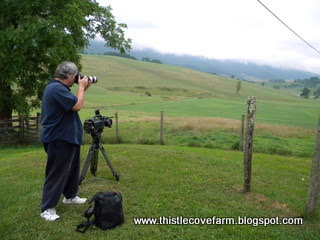 Last week, Tim Ivy, Two-Rivers Multi-Media Solutions in Williamsburg, VA, came to Thistle Cove Farm. He wanted to film video and shoot stills for the Round the Mountain Artisan Profiles project. Another regional project is the Crooked Road Project, seen at the bottom of his first page.

Tim is an interesting gent and, as he said, “has the best job on the planet”. Well, mebbe, mebbe not -smile-. I always sorta figured I had the best job on the planet! Isn’t it great when people love what they do? It was a beautiful day on the farm but I always say that, don’t I? It’s true though; at Thistle Cove Farm, one day is perfect and the next day is beautiful.

I like Tim, in part, because he said words that were music to my ears. He said, “it’s all about the story.” Amen, brother! It is all about the story! When people buy something from me or anyone else who makes things, they buy after hearing the story. My story is how Daddy’s people came over here in 1654 and made their way to Appalachia and stayed because it looked like home…Ireland, Scotland, Wales. How Daddy’s people were fiercely independent coal miners and farmers who wanted to live their lives without too much government intervention…law, how they are now turning in their graves!…, wanted to raise their families in the Protestant religion of their choice, etc. I have Shetland sheep because of my Scots heritage, Romney sheep because of my English heritage and Merino sheep because they were cute bottle lambs and are now HUGE pests. Lovable but still pests! -smile-

The older I become…thank you God…the more I see people who have no roots. They don’t stay in one place long enough to grow any strength of character and, trust me, it will show, if not now then eventually. Oh, but I digress; my apologies. 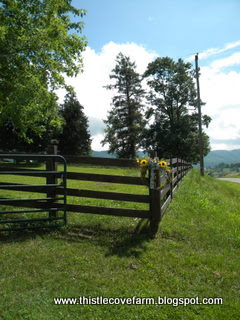 Here in Tazewell County the Appalachian Arts Center showcases folks from a wide region – southwest Virginia, southern West Virginia and other areas. I’m proud to say, back in the day, I suggested the name for the Appalachian Arts Center. The first director called me, during start-up phase, and asked my opinion for a name. If you’ve read this blog any time atall, you know how I feel about Appalachia…proud!…and told her, “call it the Appalachian Arts Center.” She said, “there are other places in other states using the name Appalachia.” I didn’t think then, nor do I think now, that matters as Appalachia is an extremely large and very diverse region. The only state that is entirely within Appalachia is West Virginia, the other states have only portions that may be called Appalachia. At any rate, the AAC is the child of the Southwest VA Community College and has done wonders for increasing exposure for both southwest Virginia and the folks who are engaged in the making of art and craft. 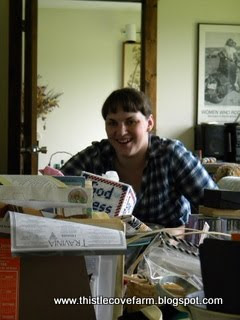 Cassie, Paper Kitty, brought Dani Cortez to the farm; you can hear the podcast here. I have no bandwidth and lack the knowledge on how to listen to a podcast…I’m so low tech!…but you listen up and let me know what you think, okay? Dani is working on a book, Craft Culture, on some of the places she’s visited during her recent tour. That’s a great name, don’t you think…Craft Culture? 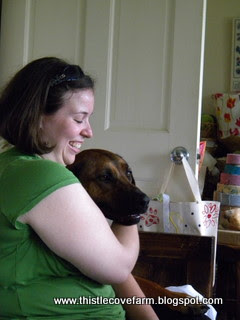 I’m all for tourism, agri-tourism, arts, crafts and the promotion of it all. Although I’ve slowed down a tad and, am now focusing on making my own art and craft, I still talk it up whenever possible. In this hurry up and make do world, I’ve always got time to slow down and listen to the things that matter, the lives that add meaning to mine. We all have the same amount of time in a day, a week, a month, a year. We may not all have the same amount of time in a life but that’s truly not as important as what we do with the time we have. If you’re not making something with your hands, try it. Find something to do that will give your hands and life work and meaning beyond the day job. You’ve got time; it’s all about choices and making the ones that add, not subtract, from our lives. Find something to do that will give you a story, add meaning to your life, and provide you with nourishment of both the physical and spiritual kind.

For some years I’ve bestowed a blessing upon folks; now, I bestow it upon you also:

God’s blessings on you, yours and the work of your hands and heart.