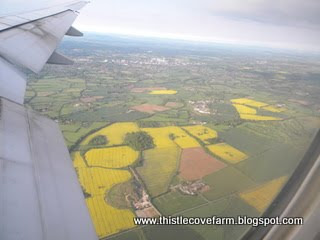 Give-aways are suspended until tomorrow; Dave has been hankering for me to do another post on London and I’ve learned to pack a bag in an hour so here goes. After all, when you’ve spent two plus weeks wandering around Romania, Hungary, Austria and the Czech Republic with naught but the clothes on your back and one -I want to say crummy but that sounds so ungrateful!- white tee shirt given to me by the airlines because they misplaced our bags yet sent us on our way- now both Dave and I pack in one…ONE…carry-on each. And his isn’t all that large a carry-on! Sometimes I’ll have a purse but, usually, we both have travel vests and yes, as a matter of fact, we do look like the Bobsey twins but it works for us.

In London, we stayed in the Knightsbridge and Kensington areas only a few blocks from Harrods and a lovely shopping district. A lovely Extremely High End shopping district and nothing much was purchased there except for food and pints at our local, A Bunch of Grapes. I felt like Granny Sandy come to town as I watched the “fancy ladies” mince and prance from shop to shop to shop. And yet, it would not surprise me, at all, if I were the happiest of the lot. I know my place, am over the moon happy in love with my place and am a loved woman. Everyone should be so blessed! 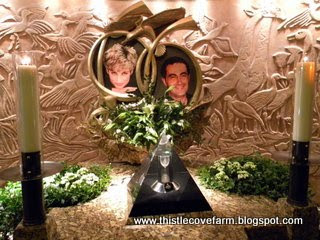 ~ Diana and Dodi memorial at Harrods ~

While we never had a bad day, thank God, some of our best days were spent being tourists. There are those, perhaps we were “those” when we were younger, who decry boarding buses and sightseeing but, now that we’ve got a few years on our heads, we enjoyed riding the double decker bus and seeing far more of London than we could have on foot. Dave reconnoitered by riding the bus around London while a friend and I wandered around on foot and by tube. Then, after the friend left London, Dave and I rode the bus and hopped on/hopped off as we pleased and saw things of interest. 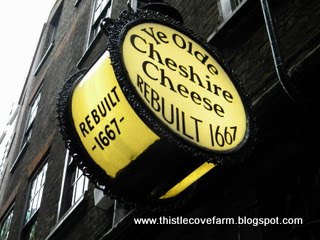 Please note, Ye Olde Cheshire Cheese on Fleet Street was rebuilt in 1667, following the Great Fire of London in 1666, and a favorite haunt of Samuel Johnson, Charles Dickens, Francois-Marie Arouet, also known as Voltaire and now, Dave and Sandra. 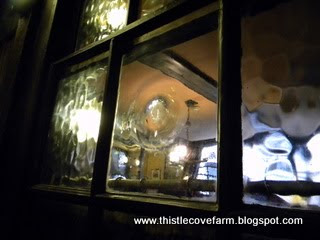 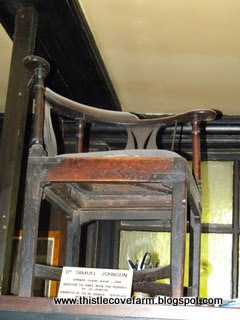 Dr. Samuel Johnson’s home is around the corner from the Cheshire Cheese and we visited but, alas, it was closed. Whilst he and James Boswell were discussing whether Boswell would tire of London should he move there, Johnson said, “When a man is tired of London, he is tired of life.” Dr. Johnson is every word geek’s master and mentor and it was he, you’ll recall, who, on April 15, 1755, published A Dictionary of the English Language which is sometimes called Samuel Johnson’s Dictionary. For this herculean task, which took almost nine years, he was paid, approximately, 1,500 pounds which is now about $1,000. 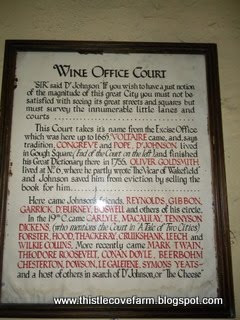 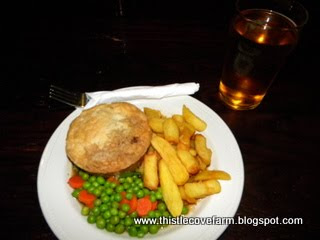 There are people who would not be thrilled with my, fairly, simple lunch. I am not one as I enjoy food from the plainest, most plebeian fair to the gastronomic delights of The Georgian Room. I was tickled with my meat pie, chips, peas and carrots. It was washed down with a pint of local whose name now escapes me but I recall it was hard cider. There’s nothing like hard cider and although this was processed, it was still delicious and made more delightful by eating in such a heralded establishment. 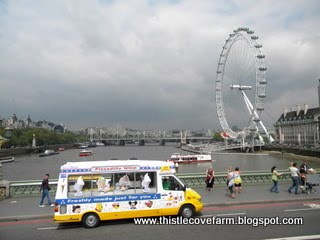 From Ye Olde Cheshire Cheese to the London Eye, a trip of a few hundred years! We didn’t ride the Eye this trip but had ridden it a few years prior. After spending time in Morocco in Marrakesh and with the Berbers in the Atlas Mountains and the Bedouins in the Sahara Desert, we stopped off in London to regroup. It was a serious head twister, from living in tents only God knows how old and having no running water…unless you call a five gallon bucket and a cut off plastic soda bottle running water… to living in the lap of luxury in a London hotel and taking a turn in the Eye. However, that’s another story for another time; now it’s time for me to stop burning daylight and get back to work. The day is no longer young and there are still miles to go before I sleep.