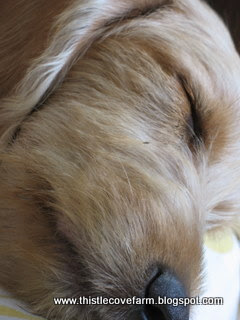 I’ve said it before and will say it again, many times…it’s been a week! And, I’m grateful because it’s allowed me to wander around the i-universe and work on my crochet rag rug. Which, I might add, is coming along beautifully and will soon, very soon, be finished…because I’m running out of material!
So far it’s about thirty-six inches, perhaps a bit more, across, and will be about four feet across when finished. At this point in time, only God knows and it’s still a mystery to me.

For those who have the capability, did you know you can download, free, music, photography and poetry readings from the Smithsonian? How wonderful! Now this is one way in which I think our tax dollars are being Very Well Spent.

Quite unlike this federal government contest in which Obama is giving $2,500 of our hard earned, easily spent, tax dollars via the “…Environmental Protection Agency to “encourage the public to create video advertisements that explain why federal regulations are “important to everyone” “. Gag. The videos must be posted onYouTube prior to May 17. Obama wants us to know how stupid we are but, oh wait, we elected him so that’s an oxymoron how government regulations “touch almost every aspect of their lives and to promote how important those regulations are.” You may say, “it’s only $2,500” and that’s true but it’s not only the principal of the thing, it’s also the brain washing aspect. While I do believe  know government touches almost every aspect of my life, I also believe know government regulations simply aren’t that important. What they are is intrusive and give people jobs who, more than likely, couldn’t make it in a corporate venue. Harsh words but both Dave and I have worked government jobs and they are the most soul sucking, mind numbing waste of hours possible. When, mid-morning, Dave asked for something to do because he was finished his work, he was told, “read a book the rest of the day.” My co-workers schlepped around in bedroom slippers and gossiped about how they had trashed a customer tax payer…but in a nice way. In a time when unemployment is north of ten percent, the one “industry” that’s been hiring is……can you guess? Yep, the federal government. According to the Americans for Tax Reform, more than 2.19 million private sector jobs were lost the first six months Obama was in office. It’s a recession when you lose your job; it’s a depression when I lose my job.

According to the Washington Times, personal income fell .04 percent the first six months Bush was in office. The first six months Obama has been in office, personal income fell 3.2 percent. To be fair, Bush did inherit a milder recession from Clinton, thus accounting for some of the difference. While per capita income rose during Bush’s administration, it’s already dropped almost 1 percent during Obama’s first fifteen months. His September speech wherein he stated, “All in all, many middle-class families will see their incomes go up by about $3,000 because of the Recovery Act” has failed to happen. Or, have you noticed?

Who was it who said, “no matter how cynical I become, I find I can never keep up.”

Dear God. Ain’t it the truth?!

Back to the Smithsonian. The Folkways Collection is a series of 24 hour-long podcasts and include folks like Bob Dylan, Pete Seeger, Leadbelly or Langston Hughes and Allen Ginsberg as well as jazz -number 10 or blues -number 9. Most of these are due to the genius of Moses Asch who was an audio engineer and early on, recognized the need to capture and catalog the music of our country.

The Smithsonian also has copyright free down loadable photographs of such greats as
The Healing of a Nation which is gripping, Cherry Blossoms so beautiful and appropriate for this time of year, First Ladies Gowns,  Ansel Adams, Georgia O’Keefe and so much more to be found at the American Art Museum. The Smithsonian even has internships available!

Are you familiar with Elderhostel?  Since 1975, this not for profit has been providing educational tours for folks fifty and older. They are in all fifty states and ninety countries and you can white water raft or go on an dig in Turkey. Birding golf, tennis, photography, furniture making, do a home stay in Germany and more are available and, a lot of the time, you’ll stay in a dormitory on a local college or university which only adds to the appeal, to my way of thinking. Although we’ve never been, we do know of many folks who have gone and they’ve loved their Elderhostel trip. Dave and I prefer traveling without a safety net but, more than likely, one day, we’ll start going on tours, etc. Like, when I’m too frail to hump my own bags. Maybe.

Like auctions? Plug in your zip code at Auction Zip and find every auction within a thirty mile radius.

Debbie Macomber is hosting a contest and it’s in conjunction with her new book, Hannah’s List. This is a story about a man who receives a letter from his deceased wife in which she instructs him to re-marry. Not to unusual, perhaps, but she goes on to give him the names of three women she wants him to date. What would you do if you had a second chance? Tell Debbie and you might win $10,000!

She also wrote Knit Together: Discover God’s Purpose for Your Life which is one of my all time favorites. Debbie is a great writer but better, to my way of thinking, she’s so personable or comes across that way in her writing. You just know you’d love her the minute you met her and she is a great mentor as a Christian woman. Another one I’ve yet to read is One Simple Act: Discovering the Power of Generosity; it sounds fabulous!

That should give you some pleasantness in your life. Well, except for that blasted waste of government dollars! I’m toddling off to raise my leg up above my heart, take some more Motrin and wipe down with horse liniment. Okay, maybe it’s not horse liniment, it’s Soltice Rub but it’s good stuff. It works and that’s what I need until I can get to yet another doctor next week. I’ve been on crutches since Thursday and am not real sure what I’ve done to aggravate this old knee. Probably sitting around too much since surgery two weeks ago. When it rains, it pours, but there’s always a rainbow. God promised and I’m holding Him to it; He said I could.

I bet you all are wishing I’d get well, get outside and get off this computer, eh? So am I, so am I…