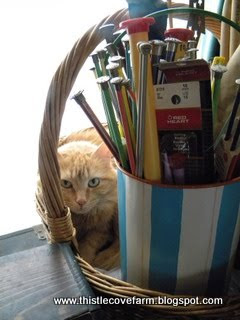 So much to talk about, not the least of which are the folks who won my OWOH 2010 gifts. As most of you know, I am, almost, a complete computer ejit so you’ll have to take my word for the numbers Random picked. Probably, there’s a way to copy the information but it’s beyond my modest skill level so there you have it.

Out of 248 comments, Random picked
195 – Sandra in Tennessee North Carolina…sorry…
55 – Wondrous Strange Designs, in North Carolina, but I couldn’t find her name
68 – Sandy in Germany
31 – Kathy B in Washington State – I kid you NOT! Kathy and I have been blog pals for some time. I’m telling you…God just wants Kathy to have a little “love you and don’t want you to forget it” reminder. Gotta be. No other explanation will suffice! Kathy is an “encourager” and is, in part, responsible for me putting so much of “me” into this blog. Thanks, Kathy!

Because Sandy in Germany is the only non USA resident, she gets her choice of Frida emery boards or pair of earrings. After she chooses, it’s first responder gets first choice until mini-art quilt hanging and earrings are gone.

I’ve sent e-mails to the above folks and y’all have until 1:00 p.m. EST on 17 February 2010 to respond. If you’ve not responded by that time, another name will be chosen.One thing that tickled me is the preponderance of Sandra’s that won, fully 50% and that’s my name as well so how cool is that?! Okay, fine. It’s well known how simple I am and how the simple things amuse me; that just means I’m never bored.

In other news…Amy, in Damascus, VA called this morning and she’s found two Great Pyr’s she wants to adopt out. Apparently, these dogs have been on the lam long enough for their coats to become thoroughly matted. There were timid, at first, but have come ’round to food, water and love. They are gentle with other dogs, chickens, livestock, children and humans and Amy would love to re-home them. If she’s unable to re-home them, she’ll take them to the animal shelter where they will, at least, be given a gentler death than starvation, being hit by a vehicle or worse. One is a dog, not sure about the other one’s gender. If you’re interested, please send me a PM – thistlecovefarms at gmail dot com – and I’ll put you in touch with Amy.

People, please…I know times are difficult and there’s only so much moolah to go ’round but still…if you find yourself unable to buy food for your critters, do the RIGHT THING and take them to the shelter. Even if they are destroyed, they are put down in a humane manner as opposed to starvation, being trapped in a snare, poisoned, being hit by a vehicle or worse. There’s a reason we’re the humans…so we can tend to the least of these and sometimes the least are animals. Have a heart, already! Least you think, “well, why doesn’t she take them?” Dave and I have three rescued dogs, all our cats are rescues, some of our sheep and one of our horses. We already put our money where our mouth is located. -smile-

Blessings ~ OWOH 2010 participants and a fine time was had by all! ~ Sandra ~ Sandy ~ Kathy B ~ a beautiful God loved soul in NC ~ Amy, taking in strays ~ animal shelters ~