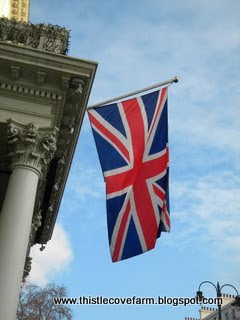 St. Augustine said, “the world is a book and those who do not travel read only one page.”  He’s right, wouldn’t you agree? Even if travel is to town or to the next town or adjacent state or country, or even across the pond.

I’m “across the pond” in London, experiencing, along with everyone else, the worst winter Great Britain has seen in more than twenty-five years.

It’s amazing, wonderful, exciting, exhilarating, fabulous, exhausting and I’m lovin’ every single second. Even those seconds where my eyes are closed and I’m breathing deeply and renewing my physical self for the next day and more of all the above.

Perhaps you remember I was to have gone on the missions trip to Tomsk, Siberia, Russia? For personal reasons the wise advice of Dave and my parent’s was taken and I decided not to go. The London portion was already arranged so Dave gave me that trip as a Christmas gift. It’s positively incredible to have found a wonderful man whose dreams match exceed my own.

Due to the major snow storm all over the East Coast, the trip began earlier last week and I’m now firmly ensconsed in the London Lodge Hotel near Earl’s Court station.

When I arrived at London Heathrow Airport, Sky Shuttle a driver and car was supposed to pick me up and deliver me to my hotel. Unfortunately, said driver decided, for reasons unknown to me, to abdicate his/her responsibilities and not show up. Not exactly what I wanted to hear at 11:30 p.m. Fortunately, the Underground, or Tube as it’s known here, was directly beneath my feet so I visited the ATM, got some English money, pounds sterling, and took the Direct line to Earl’s Court station, my exit. So far, so good. 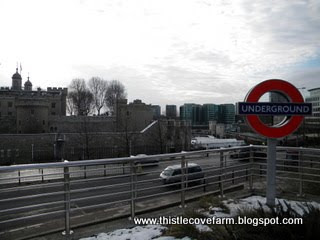 ~ the Underground or subway system ~

The tube employees are fabulous and stand ready to help and I’ve never run into any who are ill tempered or ill mannered. I asked directions to the hotel and was given some which were, unfortunately, totally wrong. An hour later, after walking around a residential area in the pouring snow, cold and ice I found the hotel at 1:20 a.m. I thought the directions might be a little wrong but when I questioned the Tube employee, he said he was sure he was right. He meant well but he was wrong…totally wrong.

It turns out the hotel is about 4 or 5 blocks from the Tube station, straight down Earl’s Court Road. You know what…other than someone “borrowing” my brand new gloves and not returning them -smile-, it’s been, Thank God, smooth sailing. I’ll take it any day…a wonderful and safe time for the price of a pair of gloves and a few long walks! 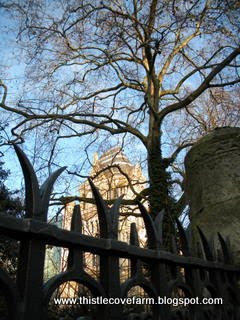 ~ Natural History Museum ~
My time has been spent visiting museums, The Tower of London, a tiny bit of shopping and miles and miles of walking. The walking has been great because I’m not going to exercise class and one subs for the other, eh?
The Natural History Museum is a testimony to Victorian-ism, if you’ll forgive the word. It’s fabulous and half a day wasn’t enough time to see even a small portion of contents. 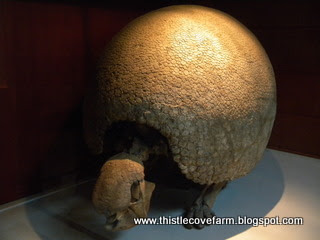 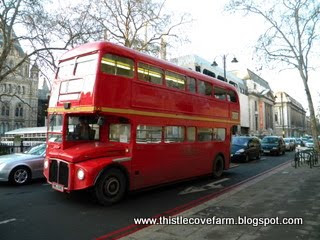 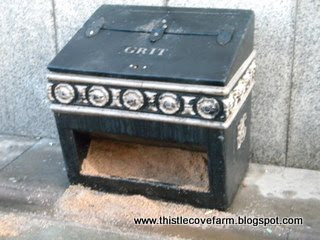 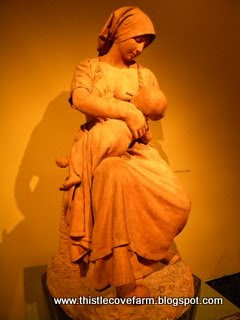 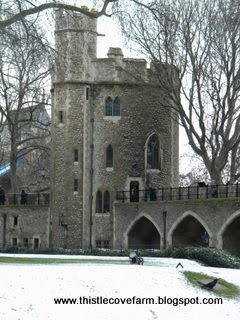 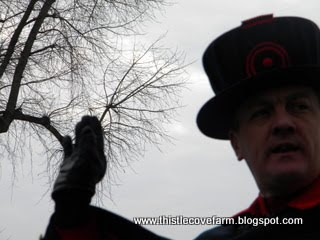 A Beefeater explaining when the ravens leave the Tower of London, the monarchy will fall. To safeguard the ravens from leaving, there are six or nine ravens, depending upon whom you ask, who have residence at the Tower. I noticed bands on both legs of all the birds.
There’s plenty more but time for bed; we’re five hours ahead of you and it’s time for me to find some shut-eye. Please, please accept my apologies for not keeping up with each of you. I’ll be home soon and will make amends.
A Moorish proverb says, “he who does not travel, does not know the value of men.” How true!
Until next time,
Blessings ~ travel ~ London ~ tube ~ Beefeaters ~ museums ~ proverbs ~ safety ~
~ Sandra ~
Share
Pin
Email
« Sabbath Keeping
London, England II »