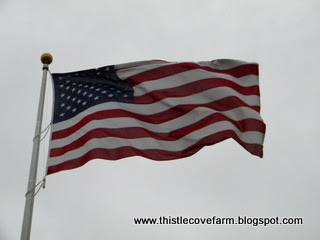 This is the letter I sent to elected Commonwealth of Virginia representatives; please feel free to send a similar, or even this letter with your signature, to your elected representatives.

Dear Senator:
Certainly reform is necessary to rein in health care costs but that reform is best attended to, in my opinion, the industry and not the government. Government should return to its roots…governing and stop showing its amazing capacity for focusing on, yet being inable to correct “problems” that simply aren’t in evidence. The Chrysler and financial industry debacles come, most immediately, to mind.
A successful indicator of future performance is one based on past track records so a government run health care system will be just another farce where, in “best case scenario” our great grandchildren will be enslaved; the worst case scenario is the current generation will be enslaved to China when our debts are called due.
It’s my understanding Medicare and Medicaid now lose upwards of sixty billion dollars each and every year due, solely, to fraud! I suggest you and the rest of the Senate take a good, hard look at the Medicare and Medicaid fraud problem rather than turning your attention to a problem, that, similar to the King who was wearing no clothes, simply doesn’t exist. At least, not in the fashion you’re putting forth to the American people.
According to a recent Congressional teleconference regarding the “hidden costs” included in the 1,000+ page bill that passed in Committee, it is an outrage and I am angry! Why in the name of sanity, should USA taxpayers be asked to pay for Medicare subsidies for some states, and not others, or perks for medical research industries in some localities and not others? Why, in the name of sanity, would you even ask that of your constituents?
As to the “accounting method” used by CBO…any budget would look better after reflecting income for a few years before expenses are applied to the balance sheet. If we, the voters, ran our lives and businesses the way the US government is being run, we’d have declared bankruptcy a long time ago. Do you truly believe Communist China will agree to fund this “reform” bill? Do you really believe a day of reckoning isn’t coming or do you just believe it won’t be in our lifetime?
This “health care reform” bill is extremely intrusive in what used to be called private lives. It is truly abhorrent you could consider putting the yoke of oppression called “health care reform” upon your constituents when you, yourself, have opted to be excluded.
If you want to make your name and place in history, vote NO and then, turn your talents toward re-establishing a government that’s “for the people, by the people”.
Sincerely,