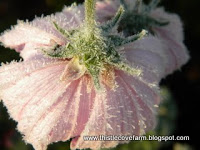 ~ the last of the cosmos, kissed by frost ~

Autumn is my favorite time of year, although, it’s also the most difficult to make an adjustment to the changes in light and time. I know DST doesn’t change until November 1, Sunday, 2 a.m. but the already shortened days confuse my cicadian rhythms and both body and mind suffer. Most folks I know who tend to land and/or animals are acclimated to the natural rhythms of the earth, sun and moon. We tend to sleep when it’s dark; work when it’s light and when those rhythms, cicadian rhythms, are disrupted, I tend to do stupid things. As soon as we turn the clocks back, this Sunday, those stupid things are sure to escalate. Unfortunately. 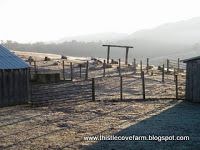 For example, this morning I hurried through chores so I could rush to town and take Zumba and  yoga. No problem there except the yoga instructor has family illness so that class was canceled and I came home to clean. Again, no problem except I detoured and ended up cleaning the space where we keep linens and also did a boat load of laundry. I hate going into the winter with drapes and curtains that are dusty but with more than thirty windows, most sized nine feet by three feet but some larger, in this farmhouse, that chore takes the better part of a week…and that’s if I keep at it like there’s a paycheck at the end. 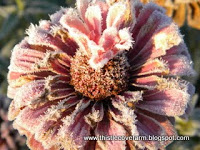 At 5:00 I stopped everything, took a shower and got ready to head to town to see Justin Lookadoo. I’ve really been looking forward to hearing him; he comes highly recommended and some kind person or persons, unknown to me, paid to have him come to Tazewell and speak. When I arrived at the fairground the parking lot was empty, not a good sign. Long story, short: he’s scheduled for next Wednesday, November 4th. Oh well. I head home and then remember…something else was scheduled for tonight and I missed that too. 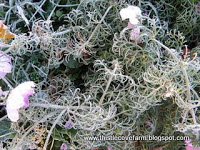 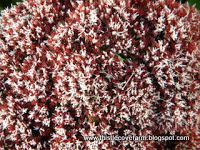 Off and on, these past couple/few weeks have been just like that…a day late and a dollar short. It’s always this way in Autumn; it’s always me playing catch up, body trying to adjust to the shortened day light, chasing the sun and getting my D’s, vitamins, that is. I’m sleeping like it’s a sickness and still can’t manage to get caught up; anyone else having these problems? 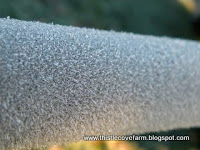 We’ve had a couple of hard frosts and they’ve been beautiful! An occupational hazard of working outdoors is a frosted metal gate; there’s no better way to lose some skin than to grab hold of a frozen metal gate. Remember the scene from The Christmas Story when the boy licked the street lamp? YEEWOUCH! I felt his pain; still do for that matter. 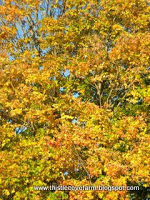 One of the lovely things about “silence” is there’s room enough to hear things that, otherwise, go unnoticed. Things like leaves falling through the branches of the maple tree. There was no wind, it was just Autumn and time for the leaves to fall. They made a rustling noise, reminding me of an old man, sitting beside the fire, work boots to the side, sighing the sighs of someone who has accomplished something that day. Something worthwhile, something to put food on the table or in the manger. Those falling leaves reminded me of someone who has done what they could to take care of what they should; to prepare for winter and the deep, silent sleep. They reminded me of my Granddaddy Bennett and how he would sit beside the fire, work boots to the side, toes wiggling in dirty socks, hand made wooden chair tilted against the wall, waiting to be called for supper.

He died when I was six but I remember him well. He was a giant, in my eyes then and now, as I remember him. He wasn’t a big man; I’m probably about his size but he was a man’s man and one of the richest men in West Virginia owes his start to Granddaddy and Granddaddy’s hard saved money. He was that kind of man; always willing to lend a hand or a dollar, always seeing to it that folks ate or had a roof over their head or blankets on their bed. He was one of the biggest men I’ll ever know and to make it even better, he was a man after God’s own heart. 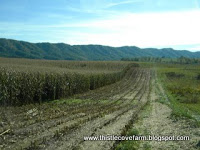 October is Harvest Moon and this month is the last possible time to gather in food for man and beast. Gardens are limping along with the occasional winter squash, the Granny Smith apple tree still has a few apples clinging to the upper branches and the corn silage has been cut. Corn silage is high in protein and easy to digest; it has a nice, yeasty smell like corn mash…now, how could I possibly know that, you wonder??? Dave thinks it stinks but I like to smell it and the cattle love eating it. The field across the house was cut last week, much to the dismay of the black bear living in the field. It was easy pickings for him, for a while, but now he’s had to go back to the mountain to eat and prepare for his winter sleep. 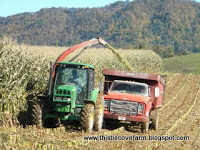 Farming is risky business and ranks right up there with any other dangerous job. I’ve known men to be caught in farm equipment and the fortunate ones are walking around, perhaps without an arm, but they are walking around. Driving farm equipment takes skill and most men started driving when they were old enough to see over the steering wheel, with or without a stack of books under their bottoms, and with or without, a stick to poke the gas or brake pedals. 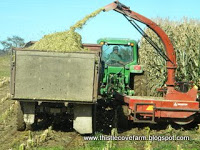 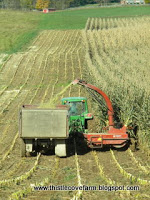 This field took three days to cut and that was with two trucks working full time to catch, hold and carry the silage to a nearby field for storage. In the photo to the right you can see the little red volunteer fire house in the distant left and, to the distant right, the old Cove elementary school, now Community Center and where the school shots were filmed for the movie, Lassie: Best Friends Are Forever. If you’ve seen the video cover, that’s Thistle Cove Farm in the distant background behind the boy and Lassie, although there’s absolutely NO credit given to anything or anyone in Tazewell County. Perhaps you remember Clinton Bell, my shearer? He and Bullet, his Border Collie, were the behind the scenes stars because they worked the sheep. Lassie is a looker, I’ll give him that…yes, Lassie is a HE, always has been…but the boy is all looks and no brains.

Wait. That’s not exactly true. Lassie can act but he’s not the kinda working man that gets his hands…er, paws dirty. Lassie let ole Bullet do the heavy lifting while Lassie did the styling and profiling for the camera and kiddies. Likewise, Clinton did the heavy lifting as he directed ole Bullet when the sheep were rounded up, moved, etc.

We bought this farm the year after the movie was made and people were still tiptoeing into the yard, peering in the windows. I’m not quite sure what they expected to see: Lassie seated at the table, dish of vittles in front of him…? Or, Lassie in the bed, snug as a bug in a rug…? Or, one of us in our altogethers as we stepped out of the shower…? The mind reels! 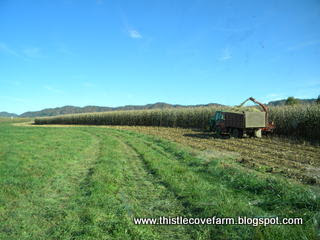 Anyway, back to the corn silage. Cattle love it, it’s inexpensive… meaning it doesn’t have to be purchased like grain but it does cost in labor, equipment and fuel, and it’s high in protein. But, you know most of that if you’ve been paying attention -smile-. 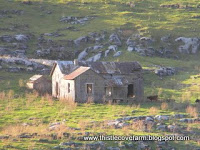 ~ Someone’s dream house, once upon a time ~

This house sits behind the corn field and is where quite a few folks have set up housekeeping in days gone past. Now, it’s a shadow of its former self, slowly going the way of all flesh and, probably, as full of snakes as a Christmas goose is full of…er… you know. Still and all, it’s a purty sight and I love to sit and make up stories about the folks that once lived there.

He’s right, summer has gone and autumn is close behind; winter is hurrying right along and soon it will be time for flannel sheets. It’s almost too cold to go to the barn in my nightgown, boots flopping on bare feet, scarf wrapped ’round my head and too large jacket on my back. The dogs and I can see our breath in the mornings, the sheep and horses have little beards of frost and the mist rises off the water trough as warmer mountain river meets colder mountain air. 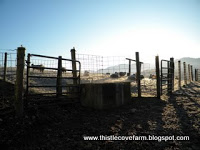 ~ mist rising off water trough as frost glistens on the ground ~
It’s a great time here on the farm even if I’m struggling to keep up; struggling to stay awake. There’s never enough time to do all that needs doing on the farm but now it’s especially difficult. Even so, there’s no place on God’s beautiful earth I’d rather be than here, home at Thistle Cove Farm.

Until next time,
Blessings ~ this piece of heaven on earth ~ corn silage ~ work to keep us busy and strong ~ frost ~ the last of the flowers ~ Autumn ~