My cup overflows! Leslie, In the Shadow of Juniper Hill, has gifted me with the Honest Scrap Award. Leslie is a homesteader in California and is as far west as one can go in this great continental USA and I’m as far east as she is west…there’s a symmetry there that pleases, and amuses, me.

I’m supposed to tell readers 10 things they may not know about me. That’s easy, I think…and then I have to tag 10 people with this award, let them know they have received it and then let Leslie know I’m in compliance -smile-. This is a cool award, at least I think it’s a cool award, and a great way to find out “stuff” about other bloggers especially others whom I find interesting. I’ve done a bit of research but can’t find the beginnings of the Honest Scrap Award but it’s all over the world and I find that pretty cool as well.

Here are my 10 things and I had such fun doing them that I added a few photos. Photos aren’t required but, gosh!, the amount of enjoyment they brought me made all the time spent searching them out quite worthwhile!

~ When I was fourteen years old, I staged a back yard carnival and raised a bit more than one hundred dollars for the Crippled Children’s Hospital in Richmond, VA. Neighborhood children and their parents paid to play in a wading pool, play games and win prizes, buy cookies and lemonade but all the money went to the hospital where my cousin’s infant boy had just received surgery free of charge. Yeah Shriners, you ROCK! 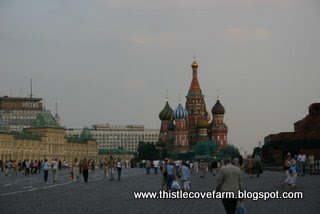 The first time I ever needed a passport was in 2004, when, in my fifth decade, I traveled to Russia to teach Rural Tourism Development, Increasing Farm and Small Business Income and Developing Tourism Trails. Dave, bless him, traveled with me which was a good thing as the rest of my group was detained for a week. Dave and I were stumbling around the Moscow Sheremetyevo International Airport and were finally claimed by a “No Neck ABC Guy” -get my meaning??? Col. Klink, as I eventually nickknamed him, was former KGB – who said, “Get in the van.” Oh yeah, sure thing Col. Klink, no problem. That story is for another post but all’s well that ends well and God blessed us time after time after time on that trip. Hmmm…remembering now how later we pulled over to the side of the road and some young man jumped into the van to exchange US dollars into rubles. He and Dave looked like the Flying Nimble Finger Guys; I wanted to take a picture but it was, slightly, frowned upon. Huh? Oh yeah. I get it now! -grin-

Dave and I have camped in the Sahara Desert with the Bedouins and Tuareg nomads only about 9 miles from the Algerian border…that was exciting and frighting all at the same time. I climbed to the top of a sand dune to peer into Algeria and frightened myself with thoughts of “what if…” 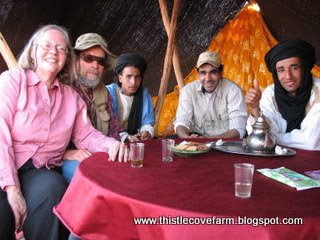 This was our Christmas card a couple of years ago. We rode camels in the Sahara Desert with the legendary Turaug nomads also known as The Blue Men. This was during the same trip as above and, since I love this photo, just had to toss it in the mix -smile-. 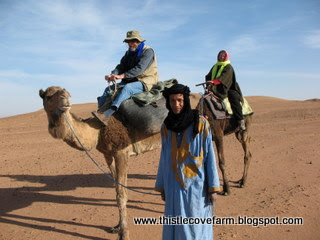 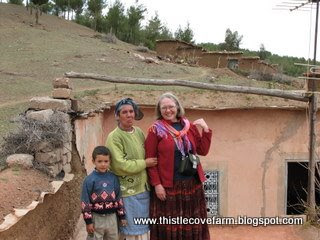 I love to fish, especially for salmon in Alaska 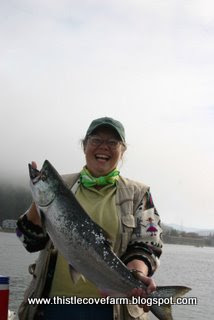 I am an eighth…or is it ninth???…generation American shepherd, my Daddy’s Mothers’ family, the Hamrick‘s, arrived from Ireland in 1654 and made their way to these beloved Appalachian Mountains

I raise rare, hypoallergenic American Curly horses…ridden by the ‘winning side’ at the Battle of the Little Big Horn -smile- as well as rare, primitive Shetland sheep along with Romney, Merino and cross bred sheep 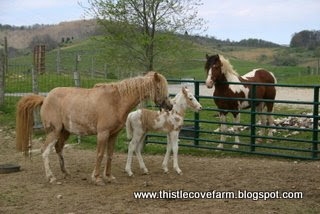 Dave and I have flown by commercial plane from Fairbanks to Point Barrow, flown by bush plane to Prudhoe Bay and then driven the Haul Road south through the Arctic Circle back to Fairbanks, Alaska 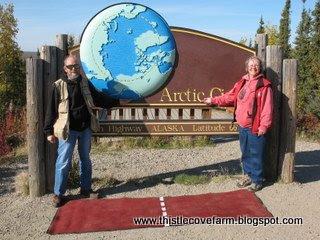 I’ve spun yarn on a borrowed drop spindle, in the Carpethian Mountains of Romania and have a nice collection of Romanian textile artifacts. In order to cross the border we had to “pay” -wink, wink- as in tuck some money into our passport, the border guards. 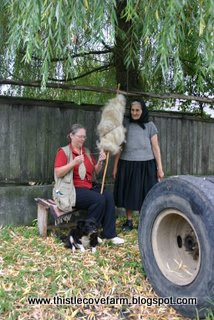 I’ve had an interview with the Georgian President’s Assistant in Tiblsi, Georgia and discussed ways to develop markets for Georgian shepherds wool clip. Yes, there’s a photo somewhere but couldn’t place my hands on it and got tired of looking.