For me, it’s enough to watch the antics of the wild things, listen to them talk to each other and, in the case of the horses and sheep, sometimes come to the fence to tell me about their day or, most likely to inquire after a treat. The only numbers I want to count are my sheep and horses and then only to make sure everyone is on all fours, healthy and grazing.

Gold finches abound and look like aspen leaves as they swirl and tumble catching themselves before hitting earth only to hurl upwards again in one accord. 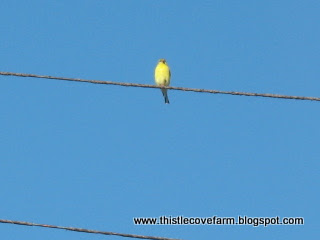 Red wing black bird sitting on the fence post – there are thousands of red wing blackbirds in our valley and there have been hundreds in our yard. I love to watch them flow on the air as they move hither and thither as if drawn by an unseen cord. It amazes me they never crash into each other but are always able to move as one. I think there’s a lesson there for us Christians if we would have ‘eyes to see and ears to hear’. 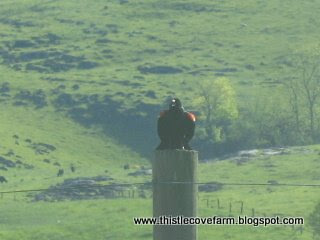 This blue bird rests near the blue bird box. This is the same blue bird box where the sparrows were fighting, I think, to get in and steal the blue bird eggs. The poor blue birds have a time of it from the sparrows and I don’t know what to do or, indeed, if I should do anything at all. I’d like to put up a few dozen blue bird boxes as I love to watch them. They are such homebodies and that pleases me greatly. 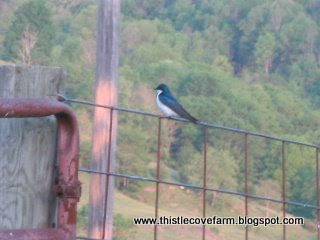 This rotten feller is the bane of my existence, at least in the pastures. They may look cuddly and cute but their holes can mean the end of a horse, cow or sheep who is unfortunate enough to step into their hole and break a leg. If that happens, the animal has to be put down and I’d far, far rather lose a ground hog than a beautiful horse or sheep. 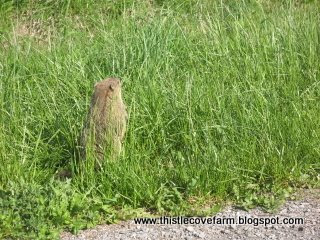 Early morning, while the fog still hangs over the pastures, the sheep graze in the same field as the horses. This time of day is magic, especially with the fog and I love waking early enough to catch either fog or sunrise, both are beautiful and well worth losing the few minutes of sleep. 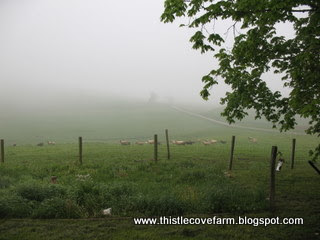