For most of the past twenty-five years, Aunt Esther and I have been going to the Pickens, WV Pancake Breakfast which is also the WV Maple Syrup Festival. Time has lost 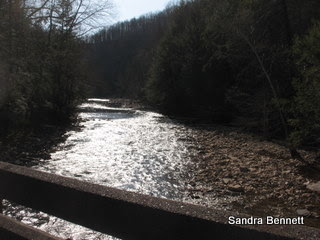 the beginnings of our tradition and that’s okay, what matters is we made it another year! Aunt Esther turned 91 in January and is still spritely, spry and full of vim and vinegar. There’s another word that is, sometimes, used for the “vim” word but it’s not suitable for a family rated blog -smile-.

As I travel through Webster County, I arrive at a small community called Bergoo. It’s an old coal mining town and has gone through its share of boom times. This bridge cross the Elk River right at Carol’s store, and the road continues up river where a few people live year round and a load of other people have camps.

This road is further up river and leads out of Webster County into Randolph County. It’s an interesting drive, especially when one meets traffic coming the other direction. I’ve had to back down this road, Very Carefully, many times…especially when I’m going UP river and have the river on my right hand side. It’s not, quite, so frightening when the river is on the left hand side but it can still be frightening. Long ago, I’ve given up driving this road after dark, unless it’s an Extreme Emergency! 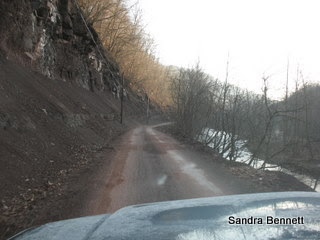 Whittaker Falls is on the county line of Webster and Randolph Counties. Folks are trout fishing and the weather was cold, just about freezing. I told Aunt Esther those guys had to be freezing and she said, “Yes, and if their wives asked them to bring in a bucket of coal, they would complain it was too cold!” 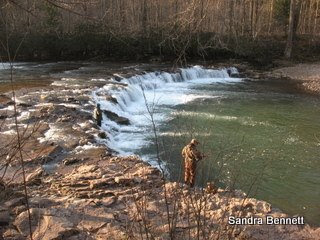 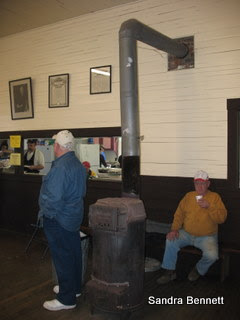 This is the American Legion Hall where the breakfast is held and yes, it is heated by a pot bellied stove. The way you can tell is by the feller backed up with his hiney close to the heat -smile-.

This photo is of the entire room and it’s as fine as elderberry wine. Hot buckwheat and plain flour pancakes, *heated* fresh, local maple syrup, one sausage patty and all the coffee and milk you can drink…all for $8.00. What a deal! 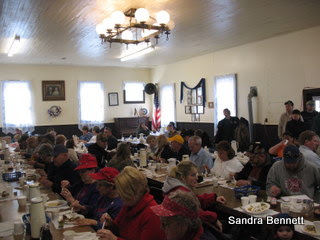 Every year, after the Pancake Breakfast and Bean Super, there’s a Square Dance; only $5 to dance, look or do both…what a great bargain. I’ve never been, mainly because it’s such a long drive from dance to bed, across several mountains, terribly difficult roads and in the dark! 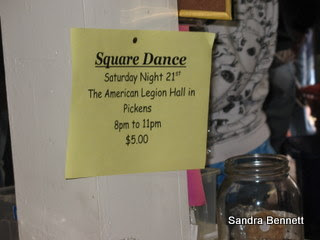 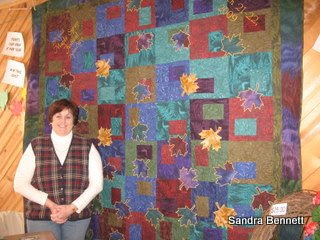 The Belle of Randolph County, WV! She said her dress was older than she so they are both a beautiful original. 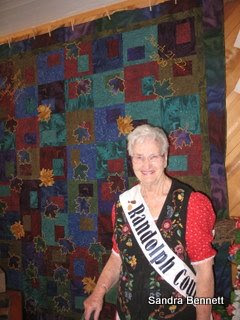 The Pickens Post Office which was open all day long. 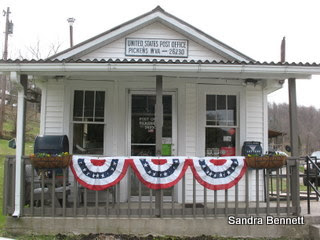 These folks were making corn meal and buckwheat flour right while we watched. I just love buying meal and flour right when it’s freshly made. This corn meal has a bit of tooth, meaning when used to make corn bread, the corn bread will have a bit of bite to it, some heft that translates into chewy goodness and flavor…yummylicious! I make some of the BEST cornbread you’ll ever sink your teeth into and nope, it’s not bragging if it’s true -smile-. 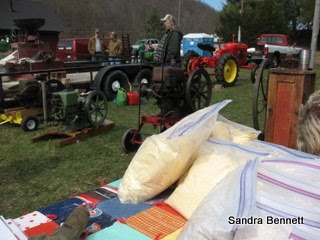 Someone asked me if I wanted to buy this John Deere A. I told him, “I’ve already got one, thanks!” And, that was, sort of, true…’cept mine has a steering wheel and seat so I guess I know which where to turn -smile-. 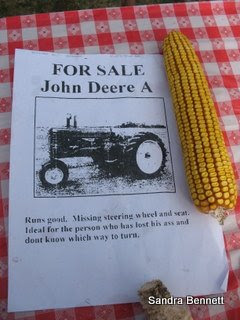 But Absolutely Nothing is as beautiful to my tired ole eyes as Thistle Cove Farm, home of my heart! What an incredible blessing and gift God has given our grateful hearts. 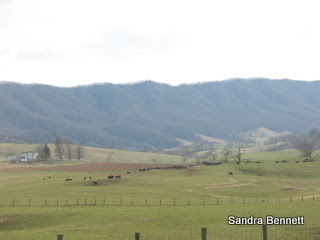