There’s some sort of epizootics going around and, lucky me, I picked it up. I’ve been flat on my back and the days have, totally, run together. Today is the first day I’ve been at the computer in a week, maybe longer, and I’m still weaker than the new kittens playing in the barn loft.

The 12th annual Sheep is Life Celebration is in a few weeks but, alas, I can visit only via i-net. It’s one of my dreams to visit this celebration, held at the Greyhills Academy Campus on the Navajo Nation in Tuba City, AZ. It’s presented by Diné be’ iiná, Inc., a nonprofit organization and workshops, hands-on demos, vendors, rug auction and sheep and wool show round out the festivities. 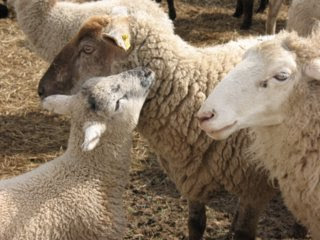 Sometimes I think we should have our own sheep is life celebration in the southern Appalachians. Sheep have provided meat and fleece in these old mountains since they were brought over from Scotland, Ireland, Wales and England. In days past, sheep gut was used to make condoms and violin strings but was, erroneously, called cat gut. 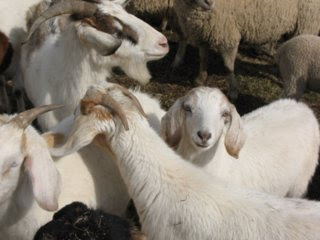 Clinton, neighbor and shearer, has one of the largest sheep flocks in the Commonwealth of VA; probably east of the Mississippi for that matter. He runs about six hundred ewes and lambs in the spring and less than that as he sells to market. He also runs a few goats as there’s a large ethnic market for goat meat. Somehow I doubt any of his sheep or goats have names and he looks askance when I say, “oh, that’s Sophie you’ve just finished shearing.”

But, differences are what makes us alike and it takes all of us to make the world go ’round. It’s only in western, “civilized” countries that we name, tame and keep our animals as pets; in other parts of the world those same animals are knows as “supper”. I tell Dave we can’t save them all so we save the ones we can.

Did I mention he’s gone over the mountan to feed a stray dog? He’s been trying to gentle this dog for a week, ever since I’ve been sick, and feeding it twice a day. Dave thinks she, the dog, would respond to a female voice and as soon as I’m able, I’ll ride across the mountain with him. We don’t need another dog, our dog girls are in double digit numbers now but Dave says this stray is beautiful and has tugged at his heart. What the hey. We’ll do like we do at supper and put another potatoe in the pot. There’s always room at the table for a hungry belly.

St. Francis of Assissi would be proud.