I’m home and, almost, feeling normal after severe jet lag. Dave and I have been to Armenia an 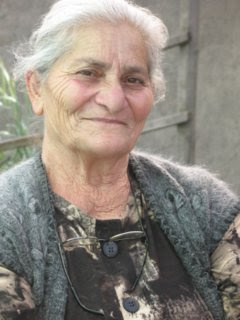 As all knitters, crocheters, felters, weavers, dyers and other fiber folks know…the language of fiber is international and crosses all language “barriers”. Such was the case at Haghpat (also known as Haghpatavank)Monastery in the mountains of northern Armenia and overlooking the Pambak River. In the Middle Ages, it was a major center of learning and a masterpiece of religious architecture. The monastery was founded by Saint Nishan in the 10th century during the reign of King Abas.
At Haghpat, there are a number of folks scratching out a living by selling their hand crafted wares. This woman, and her friend, sold us some lovely things and, very graciously, allowed their photos to be taken. I’ve never seen crochet accomplished with a sewing needled and cotton thread! 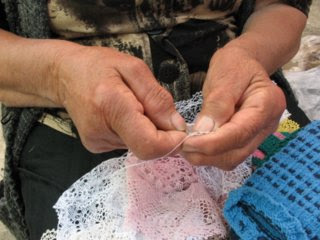 She had a number of doilies made and a couple of beautiful white Celtic looking crosses. Of course, those crosses came home with us along with the wonderful memories of Haghpat and the “Haghpat Fiber Femmes“. 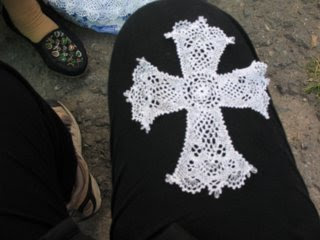