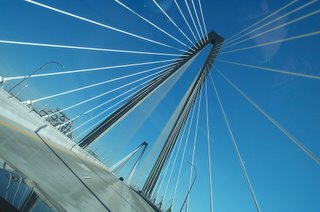 It’s a lovely day here at Thistle Cove Farm. We’ve had snow for the last week plus and it’s still on the ground. Before Dave and I left for vacation, I set out round bales of hay for all the animals…sheep and horses. Then, I asked a friend if he would eyeball the hay and, if necessary, put out my hay while I was gone. I don’t work the horses as much in the winter as in the warmer months and their primary focus is grazing. Some would say that’s true all year ’round but who listens to them. Anyway, all animals fared quite well and, while we were gone, only one little wether (castrated male sheep) had to be rolled to his feet. I’m keeping his fleece come spring because part of it is red and brown and part of it is solid black. He was the lamb who went where he wasn’t supposed to go and caught caught in the fence. He tore off part of his fleece and it grew in very black. It will make a nice fleece for me and I look forward to working with it.

Another fleece I’ll keep is Samuel’s fleece. I wrote a children’s story about Samuel and must always keep his fleece for myself. He’s the son of Zach, a Romney ram, and Carly, a Shetland ewe and has the sweet disposition of both his parents.

Dave and I went on a cruise. That’s funny because for years we’ve looked askance at people who would go on a cruise…we just couldn’t imagine. Now that we’ve aged a bit we can well imagine the lure of a cruise. Someone waits on you hand and foot and all you have to do is show up. We went on a NCL cruise out of Charleston, SC (poto above is of the new Cooper River Bridge) and traveled to Grand Cayman Island, Playa del Carman, Mexico and Key West, Florida. In GCI we went on a submarine dive, over 100 feet, and saw marine life of all sorts. We even saw a barracuda at a feeding station, a site most rare and one rarely witnessed by divers of decade’s experience. Or so I’m told. In Mexico we went on the mainland and then to the Mayan ruins of Tulum. That was beautiful and I wondered at the lives of the people who have lived there. The inner sanctum, so to speak, was only for royalty and the religious leaders; the workers all lived outside the walled “city”. Thus it was and so shall ever be, eh?

Key West was fun and we visited the Key West Treasure Shop and spoke with the owner who was part of Mel Fisher’s dive team when he found the Atocha. We saw gold coins, emeralds and other artifacts from 380 year old buried treasure. We also saw treasure from a ship that went down just off New Orleans and had a shipment of gold, jewels, etc. that was headed to Spain to shore up their coffers. Because the ship went down and the bounty never delivered to Spain, Spain was forced to sell the Louisiana Territoritory to France who, in turn, sold it to the USA. And, that, as Paul Harvey says, is the rest of the story.

It was a delightful time and Dave and I both enjoy the same activities…museums, history, sightseeing…somewhat less stressful activities as adventure tourism is too active for us. We also enjoyed meeting the NCL cruise staff who are from different countries from around the world. We spoke with a lot of people from Romania, Crotia, Turkey, Australia, Jamaica and Serbia. It’s a great way to broaden’s ones horizons and get a crash course in geography and history.

We came home in a driving snowstorm and I immediately had to put out more hay for the horses. They have been eating their fair share and more due to the extremly cold temperatures we’ve been having. I need to take some photos of the horses and the sheep and want to do that in the snow…the horses especially have very curly coats right now and they look beautiful.

My time since arriving home has been spent in writing articles, getting caught up on correspondance and sending out hand knitted items for charity auctions. I hand knitted mother and daughter hats for the Lions Club Auction and a child’s hat for the PBS auction in Harrisonburg, VA. Dave is delivering the mother/daughter hats today and the other hat will be mailed tomorrow. Gosh, I can’t remember when that auction is…sure hope it’s not too late.

The Blue Ridge Gazette editor, Dennis, has graciously invited me to write for the Gazette; please find it at http://www.blueridgegazette.blogspot.com/ . My first article should appear sometime today. Leslie, over at www.greenberryhouse.blogspot/com first told me about the Gazette and when I visited I found it to be a delightful site…full of information about The Blue Ridge Highlands. And, no, while I’m not officially part of The Blue Ridge Highlands, they are, officially, part of the Appalachians so it works out. Please do visit the Gazette and find out what you’ve been missing.

My farm chores are finished for the day but I’ve “miles to go before I sleep” and must move on to the next task at hand.

God bless you and keep you and cause His face to smile graciously upon you until we meet again.